In recent years, Yacon syrup has garnered increasing popularity among the weight-loss crowd. While it tastes sweet, proponents say it can actually help you lose weight. Unlike claims from other weight loss aids, this one actually has clinical studies with humans to prove its efficacy.

First off, for those who may be unfamiliar with Yacon syrup, let's take a look at exactly what it is and where it comes from. The Yacon plant is indigenous to the Andes mountain range in South America, and the Yacon root, from which Yacon syrup is extracted, looks very similar to a sweet potato. For centuries, natives of the region have looked to the plant for its medicinal properties, most notably for helping with diabetes and kidney and digestive disorders. The process for extracting the syrup is natural, along the same lines as maple syrup extraction. The completed process results in a sweet syrup that has a consistency akin to molasses.

What is the Active Ingredient in Yacon Syrup? 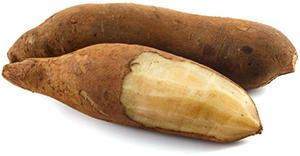 About 40% to 50% of Yacon syrup contains fructooligosaccharides (FOS). These are sugar molecules which are arranged in a way that allows them to go undetected in the digestive system. This means they are not digest them. While Yacon syrup does possess small amounts of digestible sugars like fructose, glucose, and sucrose, the rest of it consists of fructooligosaccharides and inulin, which is a fiber.

When those fructooligosaccharides make their way into the large intestine, they are consumed by the 'friendly' bacteria in the gut. These bacteria are associated with decreased risks of diabetes and better immune system functionality. So FOS supports these 'good' bacteria. In addition, the bacteria not only consume fructooligosaccharides but also change them into short-chain fatty acids. These have been proven an effective method in combating obesity in rats.

There is some early evidence that fructooligosaccharides can also aid in appetite reduction by lowering the hormone ghrelin which is an enzyme produced by stomach lining cells that stimulate appetite. The vegetable which contains the largest amount of fructooligosaccharides is Yacon. However, other foods like onions, leeks, artichokes and garlic contain trace amounts.

Is There Evidence Linking Yacon Syrup to Weight-Loss? 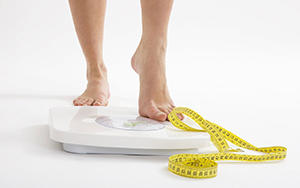 There has only been one legitimate study done on Yacon syrup.  For this clinical trial, 55 obese women with high cholesterol and constipation were studied. It was a double-blind placebo study which divided the subjects into 2 groups.

The first group of 40 women were given Yacon syrup, while the second group of 15 women took a placebo syrup. The study lasted 120 days and all the women ate low-fat diets. The results showed that the women in the Yacon syrup group lost an average of 33 lbs, while the placebo group averaged a weight gain of between 3 and 5 lbs. In addition, waist size was measured. The Yacon syrup group lost about 3.9 inches, while the placebo group saw almost no change. When it comes to choosing a Yacon syrup supplement, it is important to choose one that is formulated according to clinical studies and is formulated according to quality and safety standards making it an effective and safe choice.

Additionally, there were other interesting results from this study. Body Mass Index (BMI) was reduced in the Yacon syrup group from 34 to 28, there was an increase in stool production from 0.28 daily to 0.99, a 42% reduction in their fasting insulin levels, a reduction in insulin resistance of 67%, and a decrease of 29% in LDL cholesterol.

Does Yacon Syrup Have Other Benefits?

Yacon syrup boasts high levels of fructooligosaccharides. Because of this, there is the potential for many other health benefits. One main source is the help it provides with constipation. One study showed an increased frequency in stool production, going from 1.1 to 1.3 times per day, while at the same time reducing the travel time through the digestive tract from 60 to 40 hours.

Furthermore, studies are currently being done to show that Yacon syrup can aid in lowering blood sugar levels.

In addition, Yacon syrup is chock full of potassium and antioxidants.

How Do I Use Yacon Syrup, and Are There Any Side-Effects?

Since the fructooligosaccharides found Yacon syrup act as soluble, fermentable fibers, a person can experience the same side effects they would if they consumed too many soluble fibers from other foods. The most prominent reaction will be a noticeable increase in gas, and that is why it is best to begin introducing Yacon syrup slowly into your system. Also, if you suffer from chronic diarrhea you may want to avoid Yacon syrup, it could make a bad situation worse.

The daily dosage used in the human study noted above was the equivalent of about 4-5 teaspoons daily. While you won't be able to use Yacon syrup in baking (high temperatures break down the fructooligosaccharides), you can use it as a sweetener. Remember that Yacon syrup is most effective as an appetite suppressant when taken 30-60 minutes before eating.

Can I Trust The Hype?

As we have seen, there is only one legitimate study on Yacon syrup so far, and that was a small study. Therefore, it is best to really give it some thought before investing in a product that is largely unproven.

We have all fallen prey to weight-loss gimmicks and new "sensations" in the weight-loss field in the past. It is wise, then, to temper both your expectations and enthusiasm.