Authority Health › Diet & Weight Loss › Low-Carb is Not a Fad

Low-Carb is Not a Fad

Diets come and go; those that enjoy their fifteen minutes of fame and then are booted out are known as fads. When applied to a low-carb diet, however, this term really is not warranted and is generally bandied about by people who basically just disagree with it. Along with the many diets that people are following to help them lose weight, the number of diet supplements that have hit the market in recent years have soared. These supplements and following a diet proven to work could really help you achieve your weight loss goals. 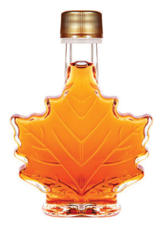 To lump low-carb together with the Maple Syrup Diet or the Soup Diet is ludicrous. This is not really a new eating plan at all and there is solid evidence that proves that this is a valid diet.

Before we "discovered" that saturated fat was so "dangerous", restricting carbs were the accepted weight loss method. In fact, it is a low-carb diet that was outlined in the first diet book, published by William Banting in 1863.

It has been drilled into us that we must eat a diet that is low in fat and balanced. According to this model, carbs are in and saturated fat is out. Although there was never much evidence to back it up, somehow it still made its way into American public policy in 1977. The rest of the world followed suit. According to the proponents of the diet low in fat, low-carb is a flash in the pan. This is ludicrous as low-carb has been around for a lot longer.

Robert C. Atkins, publisher of the eponymous diet, did not just write his book on a whim - he had seen the evidence that it worked over the years for himself and his patients. He initially came up with the idea after reading a paper by Alfred Pennington in 1963.

The low-fat diet is actually the one that is more of a fad diet. And it is fast becoming less popular and has been proven not to work.

Population Studies Bear this Out

There are a lot of examples globally where whole populations follow this kind of diet and are in excellent health. Take the Inuit and Masai for example.

The Arctic areas do not provide a lot of vegetation to eat. The Inuit eat little more than animal products but are very healthy. In Africa, the Masai also subsist on a restricted carb diet and are very healthy, naturally slim and have a good life expectancy.

It is only when people from these two cultures switch over to the Western way of eating that trouble sets in.

There Have Been a Number of Properly Conducted Trials

A big part of the anti-low-carb movement's message is that this form of eating is dangerous for your health and that there are no studies that prove it is a safe plan. The lack of studies might have been true at the end of the 20th century - back then, restricted carb diets were looked on as simply a fad that would blow over. Since the year 2000 though, there are more than 20 properly conducted and scientifically sound trials. The results were published in well-respected scientific journals and held open to scrutiny by peers.

These trials prove that the so-called dangers of this diet are actually non-existent and that the fears about it are not grounded in fact.

Interestingly enough, it was also shown that better results are obtained by following these diets than by following the typical low-fat diets. And not a single serious adverse effect has ever been attributed to the diet. 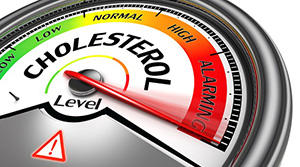 If you restrict your carb intake, you can expect to lose more fat. You can also expect to have more balanced blood pressure, higher HDL levels (The good kind of cholesterol), reduced levels of blood glucose, insulin and triglycerides.

The diet is also good if your LDL particle count is too high. It increases the size of these particles and reduces their overall number. This is essential in reducing the number of these particles that can make their way into your bloodstream. Your overall cholesterol count is not likely to change significantly but some people do find that it does.

This Low-Carb Diet is Sustainable and Easy to Adhere to

There is a faction that claims that these diets are not sustainable. According to their reasoning, you are inviting hunger by cutting out a swath of foods and are bound to feel deprived.

What we need to remember though is that every diet that you attempt will place some restrictions on you - be it in terms of calories or the foods you may not eat. You are equally as likely to feel deprived on the low-fat diet as on the low-carb one.

Studies do, however, indicate that the latter diet is one that more participants are able to stick to, measured the number of participants who got all the way through the study.

If you think about it, it makes sense. A diet that is restricted in carbs will, by its nature, leave you feeling fuller for longer and you thus eat less calories. For this reason, most low-carb diets do not insist on calorie counting - you simply eat until you feel full. On low-fat diets, however, calorie counting is part and parcel of the success of the plan.

Which diet would you rather follow - one where you have to meticulously weigh portion sizes and check the calories all the time, or one that lets you eat pretty much until you feel sated?

There are Many Doctors who do Prescribe These Diets

There are a number of doctors who encourage their patients to implement a low-fat diet. Considering the whack of information and studies that have been conducted on these plans recently, this is hardly surprising.

The number of doctors/ dieticians who are blogging about the success of such diets and who regularly prescribe them to their patients are growing. You will be amazed at how many such blogs are out there. Don't forget, for every one doctor who has blogged about this, there are a number of others who use the plans but don't blog.

Restricting carbs is not going to work for everyone but there are some really great health benefits in terms of some of the most deadly diseases of our time. Adult onset diabetes, metabolic syndrome and obesity have all been shown to react positively to this kind of diet.

Dismissing a diet that shows such promise in favor for one that is proving to be completely useless is downright negligent.