What's All The Hype About Raspberry Ketone?

With over a third of Americans being classed as overweight and another third actually being considered obese, there is little wonder that people turn to quick fixes to comply and fall within socially accepted expectations. And they don’t really care, many times, about how they achieve their goals. As such, you can find a panoply of different nutritional health supplements on the market with wild suggestions of what they can do for you and how easily they can help you reach the pinnacle of what you think your body should look like.

The Appearance Of Raspberry Ketone 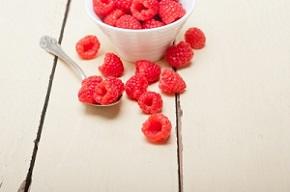 You have probably heard of the most popular ingredients used for weight loss such as Garcinia Cambogia, Forskolin, and Green Tea - these form the basic weaponry in a dieter's arsenal for their fight against the battle of the bulge. One of the more recent culprits, that has appeared on the scene, is a product called Raspberry Ketone. The interest and resurgence of Raspberry Ketones is pretty much due to a famous TV doctor, in around Feb 2012, talking about it on his program. Ever since the interest (and sales) in Raspberry Ketone supplements have been on the increase.

The evidence is mixed about how safe and effective this ingredient really is with research swinging between it being a valuable addition to it being a total flop. So, we decided to play judge and jury and take a closer look at the hype that surrounds Raspberry Ketones.

What Are Raspberry Ketones?

Red raspberries are common to Europe, Northern Africa, and Central Asia. They provide essential vitamins, nutrients and minerals including beta-carotene and vitamins A, E and C. 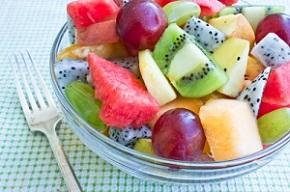 Raspberry Ketones are not simply just fresh red raspberries - but instead, refer to the phenolic compound found in them, in other words, the element within red raspberries that give them their sweet smell. Ketones can also be found in kiwis, peaches, grapes, apples and other berries. Raspberry Ketones, specifically, have long since been used for making beautiful smelling fragrances, but more recently emerged as a serious contender for being a weight-loss solution.

Although reliable clinical evidence is lacking on how effective this ingredient truly is, some clinical trials have suggested that taking Raspberry Ketones could increase the rate of metabolism as well as, affect the increased production of a hormone called Adiponectin. Adiponectin has been associated with the rate at which our bodies burn fat and suppress our appetite.

There are several things that you need to be aware of when purchasing Raspberry Ketones.

1. As RK is relatively new to the market, clinical trials are lacking. We found a wealth of studies on dogs, mice and fruit flies but none on humans.

2. Some manufacturers, often use synthetically grown RK that are made in a laboratory. These are of course not natural and much more likely to result in limited or quite possibly, no effect whatsoever. 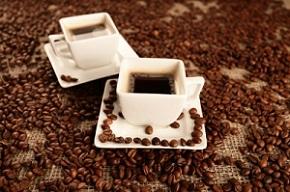 3. Whilst a natural RK derived from real red raspberries may well be very safe and actually get some positive results, there are many manufacturers that add ingredients such as caffeine and this is where serious life- threatening consequences can occur.

4. Since the 1960’s, Raspberry Ketones have been classed by the U.S. Food and Drug Administration as a "Generally Recognized as Safe" (GRAS) food additive. Saying that this status is assuming that users will consume less than two milligrams of raspberry ketone a day. Many products contain much higher doses.

The jury is still out on the effectiveness of Raspberry Ketones, with more studies needed on humans to properly ascertain if this is something that can be considered as useful when it comes to our health. The science behind the food we eat is something that nutritionists spend years learning about, so don’t think that there are any secret shortcuts - there are not.

At the end of the day, we are all personally responsible for what we put into our bodies. This includes the food we eat, the liquids we drink and of course the supplements that we take. It is up to us to do our homework and learn exactly what we are ingesting. After all, you only get one chance to be the best that you can be. Look after your body!