Authority Health › Emotional Well Being › What Is Anxiety?

It's that feeling deep in the pit of your stomach, a lump in your throat, heavy arms and legs, or shortness of breath. It's that feeling of despair and irrational thoughts. It's crippling. It's misunderstood to even yourself. It has many names and many triggers. It can be anxiety or stress, and it is unbearable.

Living in the constant fear of illogical thoughts and feeling nervous most hours of the day affects most aspects of life. You may be feeling that life stops you in your tracks and find yourself obsessing over things that you don't have control of. This disorder has many ugly faces and it strikes at any time. Some might say "get over it", "what's the worst that can happen?" and "just relax" but the truth is that no matter how hard you try, it's not that easy to overcome.

This stress disorder is misunderstood by most but the good news is that understanding and diagnosing (by a medical professional) what you are feeling may help you to regain your quality of life again.

What Is The Difference Between Stress And Anxiety Disorder?

Feeling anxious about missing a deadline or moving into a new place or starting a new job can trigger emotions that may cause you to feel stressed, worried or overwhelmed, but this is perfectly normal. It may feel unpleasant at the time but it only lasts a short while and does not interfere with the way in which you are living life.

Anxiety disorder on the other hand, is chronic and very different. It is uncontrollable and prevents you from doing daily activities, embarking on new adventures or joining in social events. In normal situations, stress triggers our fight or flight response (1) as a reaction to harm, danger or an attack. In the case of an anxiety disorder, the fight or flight response manifests for no apparent reason which causes feelings such as fear and terror. This sets off various responses in the body which can feel like you are having a heart attack (2), it can hinder your thoughts actions, breathing and emotion regulation. It is estimated that about 40 million people in the US (3) suffer from an anxiety disorder.

Feeling anxious about work or moving into a new place is normal and often it only lasts for a short period of time. In normal situations, we overcome these stresses and they do not hinder or interfere with the quality of our lives. Anxiety disorder is very different as it is a chronic long term condition that affects our behaviors in social situations and daily tasks seem to be unbearable. Irrational feelings of terror or fear are usually manifested for no apparent reason.

What Happens In The Body?

When a fear or phobia is triggered, The amygdala sends a neural response to the hypothalamus, pituitary gland and sympathetic nervous system simultaneously. This leads to a secretion of hormones and chemicals which are epinephrine, cortisol and noradrenaline. Epinephrine and noradrenaline cause a spike in energy by binding liver cells in order to produce glucose which in turn prepares the muscles for action. Cortisol is a stress hormone which increases blood pressure, blood sugar, and hinders the immune system (4).

Not only do these hormones effect blood pressure and the muscles but they also cause various reactions through the body simultaneously which include:

When a you feel fear from something harmful or an attack, the body triggers our fight or flight response. This reaction causes multiple hormones and chemicals to be secreted which in turn affects the blood pressure, blood sugar, and immune system.

As mentioned earlier, anxiety disorders have many faces, symptoms and reactions which differ depending on which type of disorder you may have. 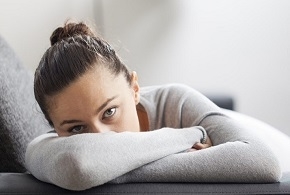 This condition is a chronic form of worry which as we mentioned before affects most daily activities, social gatherings and new adventures. It is characterized by continuous worrying and thoughts which may affect sleeping patterns (5). It also inhibits you from feeling relaxed. The symptoms are not only psychological but physical as well (6), these include, trembling, headaches, nausea, shortness of breath and heart palpitations.

This is characterized by panic attacks. While it is very normal to experience a panic attack a few times in your life, it becomes a problem when the attacks are more frequent. These attacks often resemble a heart attack which may cause you to panic even more. These attacks usually last between 5 to 20 minutes and cause shortness of breath and a sudden wave of terror (7).

This is a long term disorder which is characterized by uncontrollable thoughts and behaviors which are repeated frequently. Some people may develop a motor tic which is sudden head or shoulder jerking or repetitive blinking (8). 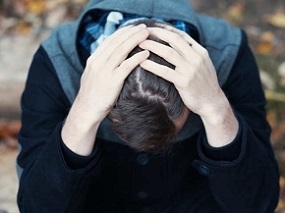 This disorder usually develops after a traumatic event has occurred. PTSD can cause you to have nightmares or frequent daydreams which feels as though you are reliving the traumatic experience. It may not occur straight after the event, it may take months or years to react to the trauma which is usually triggered by a memory, object or even a smell that you may find familiar to that day. This may cause both emotional and physical symptoms such as depression, angry outbursts, guilt, shame, and self destructive behavior (9).

This disorder is a phobia of social situations that are usually only limited to these situations. It can range from a fear of speaking in public, eating in public or in more severe cases, the fear of any social interaction or being around other people. This usually causes emotional and physical symptoms such as loneliness, depression, fear, shortness of breath or sweating.

There are 5 main types of anxiety disorders which are characterized by different fears, responses and symptoms. Knowing which disorder you have can ultimately help you to seek the correct treatment in order to manage your behaviors.

Anxiety relief can be sought in many ways. In most cases, natural supplements and talking therapy may help to reduce the stress and manage your disorder. Avoiding certain triggers such as alcohol, caffeine, and smoking can also help to reduce the frequency of your attacks. In more severe cases, you may need to consult with your doctor who will more than likely prescribe medications such as antidepressants, sedatives or a selective serotonin re-uptake inhibitors (SSRIs) (10). There are many online sources and support groups which you can reach out to if you are feeling depressed. Sometimes this helps more than a family member because they are going through the exact emotions you are feeling and may better understand you.