It is not easy to lose weight. So it comes as no surprise then that people are willing to try all sorts of easy-outs. Green Coffee Bean Extract is just one of the many shortcuts available today.

Personally, I do believe in supplementation - where I do draw the line, however, is using these for weight loss. I just find that the results very seldom live up to the hype.

Let's have a look at GCBE and see what the science behind it is.

What is a Green Coffee Bean? 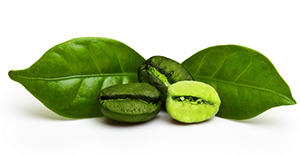 It is really just a normal coffee bean that has not been roasted. In other words, a coffee bean in its natural state. By now it has been established that coffee beans contain two active compounds within them, chlorogenic acid and caffeine plus a number of antioxidants. It is thought that the chlorogenic acid is what causes weight loss. However, the majority of it is destroyed when coffee beans are roasted.

What Makes the GCBE Work?

For starters, it does have some caffeine in it. Caffeine has been proven to rev up metabolism by anywhere from 3% to 10%.

But it is the acid that is the important bit. Human trials seem to show that it is able to reduce how many carbs are absorbed in the digestive process. This, in turn, balances out the sugar and insulin levels in the blood. If this effect is real, that would mean that simply using the extract would help you to mimic the effects of a restricted carb diet. 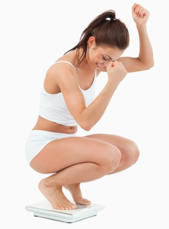 In studies conducted on rodents, it has been shown to decrease body weight, decrease the amount of fat absorbed, decrease fat stored in the liver and that it has a positive impact on the way adiponectin, a hormone needed for fat burning, operates. Further rodent studies proved that it plays a role in the dramatic reduction in triglycerides and cholesterol. What About Human Trials?

There have been a number of randomized human trials, conducted in controlled environments - in other words, as accurate as possible.

One such study monitored 30 people with weight problems over a three month period. Fifteen of these took the extract in the form of a supplement daily while the others had normal instant coffee. Neither lot made any other changes in terms of exercise or diet.

There have been numerous other studies where those supplementing with the extract had great weight loss results. What should be kept in mind though is that at least a few of these had company sponsors that would profit when it comes to selling the beans. That is not to say this invalidates the results but it is a well-known point that the source of funding may impact on the outcome. One should thus always be a little skeptical when it comes to research funded by industry.

One review concluded that while the trials showed promising results, they all followed the poor methodology and that further trials were needed.

I would have to agree. There just is not enough evidence yet to say yea or nay.

Are There Any Other Benefits in Terms of Health?

It is possible there are beneficial effects when it comes to the absorption and use of carbs. It would appear that the supplement can also help to reduce the amount of glucose absorbed. This could be quite useful in the fight against diabetes and could also explain the weight loss.

It may also be favorable when it comes to the health of blood vessels, obviously a key component of cardiovascular health.

Studies on those with high blood pressure indicate that a dose of 140 mg to 720 mg lowers blood pressure. And the acid is also an antioxidant.

How to Safely Use it

Again, there have not been enough studies conducted in this area but it does look as though the extract is pretty safe.

There was one study where some of the group dropped out because they were battling with urinary tract infections and migraines. But this study was not large enough to rule out coincidence.

The caffeine in the extract could cause anxiety and/or a rapid heart rate if taken in doses that are too high. People with caffeine sensitivity should steer clear.

The acid itself might also act as a laxative and could lead to diarrhea.

Some allergies to the beans have been reported. If you are allergic to coffee in any way, stay away.

It has not been proven that green coffee is safe for use during pregnancy or breastfeeding and it is not suitable for children.

No studies to date have established exactly what the best dosage is. A recommended range is around 120 mg to 300 mg of Chlorogenic Acid daily. It is a good idea to see how much acid is in a given supplement.

Also read the instructions carefully to get maximum benefits. Most of the time this means taking your serving a half an hour before every meal.

What to Take Home

This extract may prove useful based on the limited number of studies conducted. That said, you will likely only see real results if you improve your diet as well.

Green coffee extract may result in weight-loss boost initially but it is unlikely to be a long-term solution.