Authority Health › Fitness & Sport › Why Everyone Should Do Yoga

Why Everyone Should Do Yoga

Yoga is a form of both exercise and meditation. It's uses both physical movements as well as encouraging meditative thought patterns with the goal of improving health in a holistic way, that is addressing physical health, mental health and spiritual health (1).

What Are The Benefits Of Yoga?

Yoga has an array of health benefits based on the fact that it has fundamental effects on the chemistry in the brain. The perception of a relaxing situation such as that which is set up in a yoga class, causes a reduction in the hormones and neurotransmitters which are responsible for transmitting the signal of a stressful situation. By reducing levels of these chemical messengers, the opposite of a flight or fight reaction occurs, which is essentially:

There is some evidence that yoga is a sufficient form of aerobic exercise too (4). On top of these benefits there are also specific benefits for every age group ranging from children to the elderly.

Beginning in the brain, yoga has multiple effects by reducing the perception of stress to the body. This causes a host of chemical changes beginning in the brain and spreading through hormones or nerve signals. The major effect of these signals is a reduction in the physiological actions which are associated with chronic disease.

Why Should Children Consider Yoga? 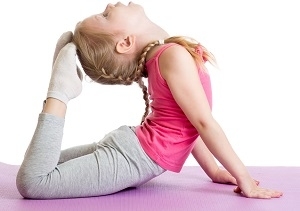 Scientific evidence has shown that yoga has the ability to improve motor performance in children. This includes improving reaction time and coordination between the brain and limbs (5). The nervous system develops by forming connections between special cells called neurons, which are present in the brain and along the spinal cord all the way to the extremities. The critical time for a child to develop major connections between the brain and their extremities, via several neurons, is during childhood. This is achieved by stimulating the formation of these connections.

In other words, by causing the child's brain to send strong signals to the limbs and core (as is done in a yoga class), a strong connection is formed between the brain and the muscles. The signals from the brain cause the neurons along the path to the limbs to stimulate the formation of connections in neighboring cells to make that connection stronger and allow the child to perform the particular exercise better (6).

Yoga has also been shown to improve memory and concentration (7). These two functions of the brain are dependent on the kind of activity that dominates in the brain. This is characterized as brain waves - a measure of the electrical activity that occurs in the brain. The faster waves called beta waves are important for concentration. Slightly slower but larger waves called alpha waves are important for forming and retrieving memories. Yoga has been shown to increase the presence of both of these kinds of waves in the brain (8).

Yoga provides many benefits for children who practice it. It improves the development of the connections between the brain and muscles and it changes their brain activity to facilitate better concentration and memory.

Why Is Yoga Important In A Busy Adult's Life? 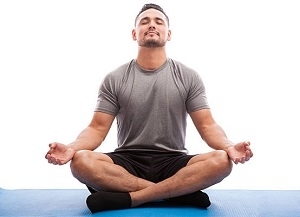 Apart from the benefits already mentioned for the general individual, yoga can help to manage the specific circumstances in an adult's life, particularly one that is busy and stressful. Scientific studies have found a connection between practicing yoga and increased levels of serotonin in the brain. Serotonin is an important protein that is responsible for mood stability and a deficiency of it could cause depression. Yoga therefore acts as a preventative measure, or it can be used as a replacement for, or in conjunction with, pharmaceutical therapy.

Yoga also wrings out blood that has been stagnant in an organ because of its twisting poses. This allows better oxygenation of the blood and the organs it supplies, which results in better functioning of those organs.

The general relaxing effect of yoga also combats the onset of generalized anxiety disorders and insomnia (9).

Stress is particularly prevalent in a working adult's life. Practicing yoga helps to combat the complications of a stressful life such as depression, anxiety and insomnia. Many jobs also cause blood in the body to become stagnant because they involve sitting still for a long period of time. Yoga improves the circulation of this stagnant blood. 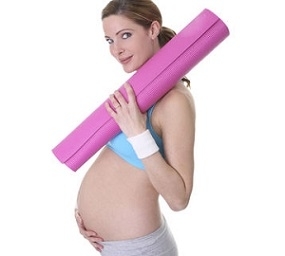 Many scientific studies have determined that yoga is completely safe for pregnant women to practice. Not only does it cause no harm to the mother or the baby, but it also provides benefits for both. One study found that a group of women who practice yoga for 1 hour a day were at much lower risk for developing pregnancy induced hypertension such as pre-eclampsia and were also at lower risk for delivering their babies prematurely. The babies were also at lower risk for intrauterine growth retardation and they were more likely to be born at a normal birth weight.

Studies have shown that maternal stress can lead to a reduced blood flow to the fetus. A fetus also has receptors for maternal stress hormones. Although more research needs to be conducted, these facts could explain how a decrease in maternal stress through practicing yoga can have positive outcomes for the baby (10).

Practising yoga during pregnancy can enhance the health of both the mother and the baby and is completely safe. Scientific studies show that babies respond to maternal stress so in the case of women who are more relaxed through yoga, the reverse may also be true.

Can Yoga Help The Elderly?

The elderly are at the greatest risk for developing hypertension, cardiovascular disease, diabetes and cancer. As previously mentioned, yoga is able to contribute to a reduction in the risk of developing these conditions. Beyond this, yoga also causes the loosening of muscles, tendons and ligaments around joints. It also helps to release nutrient-rich fluids from cartilage (11). All of these effects can help protect joints from degradation.

The benefits of yoga are most important in the elderly population which is at a higher risk of developing chronic conditions. Yoga also helps to strengthen joints and protect bones and cartilage from becoming weak with age.