The human body was designed to be omnivorous eating vegetation and meat. As a result, the brain requires nutrients from a wide number of sources both plant and animal. Unless you take a lot of care and supplement properly, becoming a vegan could set you up for some serious deficiencies when it comes to brain health.

The following nutrients are essential for brain chemistry and health and can only be sourced from animal products in significant quantities. 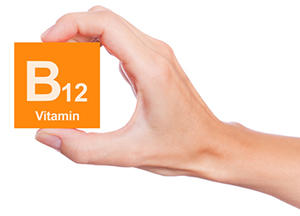 Before there were supplements, being a complete vegan would ultimately mean death due to nutrient deficiencies. Vitamin B12 is something that we're all familiar with. This vitamin is water-soluble and plays a role in cell function. It is also necessary for creating blood and is essential to the brain. And, we are unable to produce it ourselves. Deficiency manifests in symptoms of anemia, mental disorders, a brain that is smaller and brain processes that are impaired. Researchers have found that there is a direct correlation between Alzheimer's Disease and a deficiency in B12.

Meat, eggs and fish are the only viable natural food sources of this nutrient. It has also been found that deficiency is common amongst those who do not each such foods. A study found that, in vegans, only 8% were not deficient in B12. For lacto-ova vegetarians, almost half showed signs of deficiency. This deficiency is particularly dangerous and the damage that results is not reversible. If you do not get quite enough, you will find that you are prone to depression, fatigue and loss of memory.

What that means is that even if you are not in full-blown deficiency status, you are probably not able to bring your A-game. If you don't want to eat animal products you need to make a plan, using either a supplement or eating foods that are fortified with B12.

It has been found that there might be a fix when it comes to algae but whether they truly can correct this kind of deficiency has not been scientifically established as yet.

If you have any predilection for bodybuilding or are an athlete, you probably know what creatine is. When it comes to supplements that help to build muscles, this one comes out on top as it should. Research has proven that supplementing with creatine will enable you to improve in strength and muscle mass. It works fairly simply in that it creates a reserve of energy by enhancing the rate at which ATP is available again within cells. ATP is what all that energy that we derive from our food, etc. is ultimately converted to. When it comes to intense workouts, creatine can help with stamina and strength.

Although the liver is able to make its own if it has the right amino acids, this conversion is not particularly effective.

All but about 5% of the body's stores of creatine can be found in the muscles. The rest is used by the brain. Although the brain is not a muscle, it also needs energy in order to do its work.

When vegetarians begin to supplement with creatine, they start to see an improvement when it comes to cognitive function yet such is not the case for those who do eat animal products. This would seem to signify that there is a deficiency in creatine in those following a vegetarian lifestyle and that it has a real impact on their cognitive processes.

It has also been found that veggie/vegans have a smaller reserve of this nutrient in their muscular system. As a result, creatine supplementation has proved very useful when it comes enhancing athletic performance within this subset of individuals.

If you really do not want to eat meat, you do need to consider getting a Creatine Monohydrate supplement. 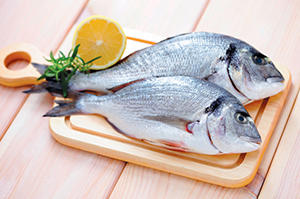 Vitamin D has never before received as much press as it has in recent years. This vitamin is called the sunlight vitamin because your body needs exposure to the sun to produce it. Many people tend towards a vitamin D deficiency. This is worrying because of its role in the body in terms of steroid hormones.

A great number of people dwell in locations that pretty much get no sun for a large part of the year. Even those living in sunny lands may be deficient due to the fear of developing skin cancer, and a hectic work schedule that keeps them indoors.

There are dietary sources of Vitamin D: D2 is what you get from plants; D3 is what you get from meat, fish and eggs. The latter is a much more effective form. That said, it is difficult to find an adequate dietary source. Using cod liver oil gets you top marks here. You can get some D3 from fish but the concentrations are so small that using fish as your primary source is impractical.

A vitamin D deficiency is a nasty one and is correlated to a number of serious diseases such as cancer and heart disease. Studies have shown that those with low levels in the blood are more likely to suffer from mental and brain disorders such as depression, cognitive impairment, etc. If you cannot get what you need through exposure to the sun, you will have to look at a cod liver oil supplement or consider supplementing with D3.

If you have kept up with current trends, you will know that Omega-3s are really important when it comes to the diet. Our bodies are not able to produce them so we have to obtain them from food or supplements.

There are two basic types of Omega-3s that we can use - DHA and EPA. If you look at the brain, you will find mostly DHA and it is essential for normal function and development of the brain. If you do not get enough DHA, you can expect some problems in terms of how your brain interprets what it sees and in the health of your brain overall. This is especially true when it comes to kids.

Women of childbearing age also need to ensure that their levels are adequate because low levels can be damaging to the development of an unborn child's brain.

Vegans prefer to steer clear of animals products and use flaxseed oil instead. This provides a lot of ALA - but that is the plant's omega fatty acid. The problem is that the body still needs the DHA so ALA has to be converted and some research indicates the conversion mechanism is not all that effective. It is quite common, therefore, for those eschewing animal products to have deficiencies when it comes to Omega-3. Oily fish is the best dietary source when it comes to DHA. You will also be able to get adequate amounts from animals that are grass-fed as well as some Algae.

This is one nutrient that you probably haven't heard of but it is a vital one. It is only found in meat so there is no way that vegans can be getting enough from diet alone. It is made up of a couple of amino acids and is found in high concentrations in the brain and muscles. It helps defend the body against degeneration and has a great antioxidant effect. It helps prevent glycation as a result of raised sugar levels and might even help to stop proteins cross-linking. That is why it is so popular in anti-aging circles.

Studies of those suffering from Alzheimer's and Parkinson's diseases and the like have shown that the levels of carnosine in the brain are a lot lower than normal. Because of the high levels of carnosine found in meat, researchers believe that it could be a great anti-aging food.

Eat The Essential Brain Foods That Nature Designed You To Eat

Nature did not design you to eat only plants or only animals but a combination of the two. It is possible to choose one group above the others but it can be dangerous to do so. You do need to supplement essential nutrients if you plan on only eating plant materials. We are lucky to have this option, our forebears would have been subjected to an agonizing and slow death had they made this same decision. Even so, it is best to get your nutrients from your diet as much as possible. Do include at least eggs or fish in your diet, if you decide to avoid meat.