Are There Health Benefits to Green Tea?

Is green tea a health-promoting food? Heck yes! In fact, green tea is mega-healthy and has all kinds of antioxidants and nutrients that make us better in so many areas. Better brain function, a lower risk of cancer, fat loss... these are just a few of green tea's magical gifts.

Here are some of the others:

Green tea is chock full of polyphenols such as flavonoids and catechins, strong antioxidants that help keep the body free-radical free and protect cells and molecules from harm.

It also has the antioxidant Epigallocatechin Gallate, or EGCG, which has been the subject of various studies in combating several types of illnesses.

A good rule of thumb is to always try for a higher quality green tea because some of the inferior ones have inordinate amounts of fluoride.

Aside from keeping you alert, green tea can improve your brain too, and of course, the main ingredient in this effect is caffeine. While it doesn't contain as much caffeine as coffee does, it has enough to be effective without leaving you feeling jittery. Caffeine blocks the brain's inhibitory neurotransmitter Adenosine, increasing dopamine and norepinephrine. Studies have shown that caffeine helps improve brain functions like mood, vigilance, reaction time and memory.

Green tea not only has caffeine, but also the amino acid L-theanine, which increases the performance of the neurotransmitter GABA, a typical producer of dopamine and alpha waves to the brain.

When you couple caffeine and L-theanine together, the result is improved brain function, and because of the lower levels of caffeine, a milder "buzz" results, leaving you more productive and better able to perform.

Any list of top fat burning supplements will likely include green tea because studies have shown that green tea boosts metabolic rate while increasing fat burning.

One study showed men increased their energy outputs by 4% through drinking green tea, while another showed a 17% increase in fat oxidation. Yet other studies have shown caffeine to step up physical performance by as much as 11-12%.

It should be noted that some studies did not conclude green tea has these effects.

4. Green Tea's Antioxidants Can Lower the Risk of Cancer 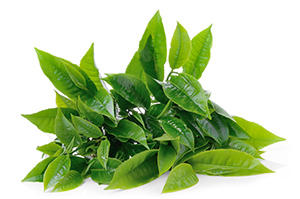 It has been proven that antioxidants helps control oxidative damage that often leads to the early stages of cancer. Since green tea has so many potent antioxidants, it is no small wonder that it can help prevent cancer.

For instance, observational studies on women who drank green showed that they had a 22% lower risk of cancer. Another study of men who are green tea drinkers saw a 48% lower risk of prostate cancer. Still another, this one of close to 70,000 Chinese women, found that those who drink green tea had a 57% lower risk of colorectal cancer.

Note that putting milk into your green tea can reduce antioxidants.

Green may also serve you very well in your senior years, including helping your body fight against Alzheimer's and Parkinson's. 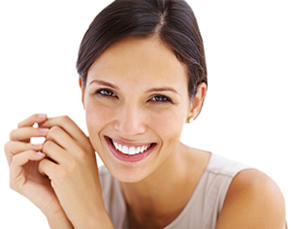 Its catechins have many biological effects, and some studies have shown that they can kill bacteria including one of the most harmful bacteria in the mouth, Streptococcus mutans. This bacteria promotes plaque and leads all others in promoting cavities and decay in teeth. Studies have shown that green tea's catechins limit the advancement of Streptococcus mutans, thus lowering the number of cavities and the risk of caries.

But perhaps one of the best perks of green tea is that it actively fights bad breath.

7. A Lower Risk of Type 2 Diabetes

Over 300 million people worldwide currently suffer with type 2 diabetes, which is the result of having elevated blood sugar levels due to either insulin resistance or the body's failure to generate insulin.

Studies show that drinking green tea can address some of the main risk factors that lead to cardiovascular diseases like heart disease and stroke. These risk factors include total cholesterol, LDL cholesterol, and triglycerides. It can also increase the antioxidant abilities of in the blood, which can often lead to heart disease.

Studies show that green tea drinkers can have up to a 31% lower risk of cardiovascular disease.

One of the natural effects of short-term metabolic increase is weight loss, therefore it should come as no surprise that green tea helps in this area. Studies have shown that green tea can lead to a reduction of body fat, more pointedly in the abdominal region.

But be cautioned, there are also studies that have shown green tea to have no effects, so be a little skeptical about this one.

Since green tea has been proven to help fight against cardiovascular diseases, it only stands to reason that continued use of green tea will help you live longer.

Now that might sound funny, but indeed a Japanese study of over 40,000 adults who drank green tea showed that those who drank the most were the least likely to die over a multi-year study period. Over the 11 year trial, there was a 23% lower rate of death in women and a 12% rate of death reduction in men; and 31% fewer women and 22% fewer men died of death from heart disease.

Yet another Japanese study of people between the ages of 65 and 84 revealed that green tea drinkers were 76% less likely to die over the course of the 6 years it took to complete the study.

If drinking green tea is not your thing, another excellent antioxidant is green coffee. This contains the active compound chlorogenic acid and helps give you energy and boost your metabolism.