Extra Virgin Olive Oil Wins As The Most Healthy Fat

Never does a day go by without some controversy about fats somewhere in the world. One day saturated fat is bad, one day it is good.

When it comes to olive oil, though, people pretty much agree that it is a healthy fat.

The proof is in the pudding as the saying goes and those that follow a Mediterranean diet are amongst the healthiest people in the world.

There is tons of research on it and it has been found to be rich in antioxidants and beneficial fatty acids.

Where Does It Come From? 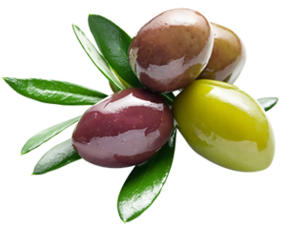 It is derived from olives and is made by pressing them. Extra virgin oil is made from the first pressing and that is why it is considered the best.

The problem with the less expensive varieties is that they often use chemical extraction methods or dilute the oil.

Be careful, if the oil you buy has no flavor - true olive oil, especially virgin olive oil tastes very distinctive. It is best to get your oil from a reputable dealer.

For more information on how to choose the right oil, look through this article.

Extra virgin olive oil is very nutritious. It has a lot of fatty acids, vitamin K and E as well.

Its value lies in its antioxidant components. Mainly oleocanthal, a potent anti-inflammatory and oleuropein, a compound that prevents LDL particles from oxidizing.

Inflammation that has become chronic is believed to be one of the top causes of a number of different diseases - such as cancer, heart disease, etc.

Olive oil has compounds in it that help to fight inflammation.

In fact, research shows that the most common fatty acid, oleic acid, has a beneficial effect on inflammatory markers.

The most beneficial substance would appear to be oleocanthal, though,and it works in a similar way to ibuprofen.

It is thought that the oleocanthal present in just 50ml of the oil will have a similar effect as 10% of the typical analgesic dose of Ibuprofen.

It May Protect Against Cardiovascular Disease

Strokes and heart disease are the biggest killers today.

It has been observed that there are much lower incidences in countries around the Mediterranean Sea.

As a result, the "Mediterranean Diet" craze was born. Studies conducted showed that it is very good for protecting against cardiovascular disease and could also reduce your risk of death by a third.

Other benefits have also been noted.

Those in the Mediterranean region have lower incidences of cancer and it is thought that olive oil is the reason. Perhaps because of its potent antioxidative effects.

Studies in the lab have shown that olive oil is promising in the fight against cancer.

Studies in rodents have shown that compounds contained within the oil may help to deal with the plaques that are a cause of Alzheimer's.

There have also been positive results in terms of improved cognitive function when subjects have eaten a diet rich in olive oil. 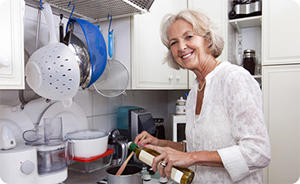 Most of the time, we are advised not to cook with extra virgin olive oil as it is "too delicate". This is false. It is just as stable as the other kinds of olive oil.

Olive oil is mostly made up of monounsaturated oils and stands up to cooking very well.

Use it with confidence for all your cooking.

What We Have Learned

If you're looking to give your diet an overhaul, speak with a dietitian or nutritionist to examine what you are currently eating. She/he may suggest a nutritional supplement as well as to replace the fats in your diet with olive oil.

There are significant protective benefits and also curative ones in extra virgin olive oil.

It is vital, however, to get the real deal and not something that has been diluted or processed.

Zachary attended the London School of Planning and Management where he received his degree in health administration. After working in St Lukes Hospital for many years, he decided to pursue his love of exercise and fitness into his main career by receiving a Level 2 Diploma in Instructing Exercise and Fitness and Level 3 Diploma in Personal Training through the Academy of Fitness Professionals.

He works with private clients of all fitness levels, as well as, a sports team and several famous celebrities. He currently lives in London and enjoys a vibrant, active and fun lifestyle. No stranger to challenge, he thrives when training for marathons and will compete in his first triathlon soon. He blogs often and loves to share his knowledge with others whenever he gets the chance.