Concerns about health are on the rise and everyone is looking for new ways to stay healthy. Health supplements are becoming common and the number of them available on the market has grown considerably. With that in mind, it is important to know what to look out for when it comes to your health. Read our many reviews about a variety of health supplements.

With more and worse news emerging about health issues related to wheat, people have begun considering an alternative, Ezekiel bread Read on for a run-down on Ezekiel bread.

What Is Ezekiel Bread And Why Is It Different? 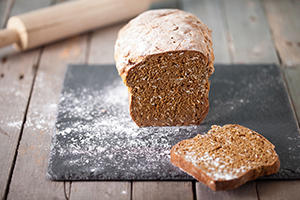 As opposed to most other breads, which are typically made from refined or pulverized wheat, Ezekiel bread is made only from organic, sprouted whole grains and legumes, including wheat, millet, barley, spelt, soybeans and lentils. The process of sprouting affects the nutrient content dramatically. It also contains no added sugar. It's a great option, although it should be pointed out that the wheat, barley and spelt contain gluten, so if you're gluten-sensitive Ezekiel bread is off the table as an option.

Why Is Sprouting Important?

Sprouting is important because seeds, despite what people may think, are complicated and, once planted, face a series challenges that will determine how healthy the resulting plant will be. Seeds have what are called enzyme inhibitors, which delay the sprouting process until the time is just right. By manipulating mainly water and temperature, the enzyme inhibitors can be shut down and the seed will sprout.

As far as decreasing anti-nutrients goes, sprouting reduces physic acid, which binds minerals like zinc, calcium, manganese and iron and restricts their absorption. 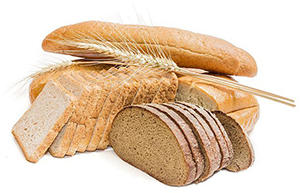 Despite all its organic ingredients, wheat is still used in making Ezekiel bread. So let's address the wheat issue.

In a nutshell, wheat does have drawbacks, like gluten sensitivity to those who have the condition, links to certain brain disorders, the possibility of vitamin D deficiency due to its fiber, and vague links to increased risk of heart disease. While sprouting won't eliminate all these fears, it has been known to positively affect some.

The bottom line is that while Ezekiel bread isn't a super healthy food, it's a better alternative to the less healthy breads that fill the shelves at the supermarket.

At least you'll know what you're getting with Ezekiel bread, and that's more than you can say for the others.