Foods To Avoid In The Quest For Optimal Health

The so-called lifestyle diseases (Cardiovascular disease, Diabetes, obesity and cancer) are rated as the top killers in contemporary society.

What has interested researchers is that there are no such diseases in societies where the non-industrial eating plan is the norm.

The conclusion to be drawn from this is that a causal element in the typical Western diet.

These are the top 4 Foods to avoid: 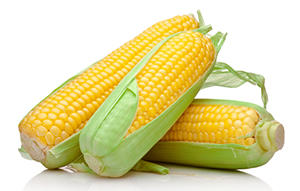 Most of us worry about the empty calories that sugar contains. We are concerned that it will make us fatter. The problem is a lot worse than that though.

Corn syrup and sugar have the basic forms of fructose and glucose in equal quantities.

The human body is designed to make use of glucose - all our cells can do this. Fructose, on the other hand, can only be properly processed in the liver.

Naturally occurring fructose, like what you get in bananas, for example, is absolutely fine.

Added sugar, however, will quickly overwhelm your liver.

Too much fructose in the liver is a bad thing - the liver converts it into fat to "neutralize" it.

This is then either moved on out in the form of very low density lipoprotein or is stored inside the liver itself. This can cause damage within the liver akin to that experienced by a heavy drinker.

Scientists have studied the effects of fructose in humans and the results are scary to say the least. Eating too much fructose, over as short a period as ten weeks can lead to metabolic syndrome developing:

Higher levels of triglycerides, bad LDL Cholesterol,oxidated LDL and apoB were all noted. This is a precursor to serious heart disease developing. It also indicated that these people were a step closer to developing adult onset diabetes.

Raised levels of glucose and insulin in the blood.

A strong correlation between the amount of sugar consumed and being obese was discovered.

In addition, the subjects were found to have been more likely to gain weight and become obese. This behavior was driven by a number of different processes.

Fructose simply does not make you feel as full as glucose does and it also will not reduce levels of ghrelin - the hormone controlling hunger.

To make matters worse, your body becomes addicted to the sugar and a horrible cycle starts.

You crave sugar, binge and then gain weight and so it goes on.

If you want to lose weight, you need to give fructose the boot.

Trans fats have undergone chemical processing in order to allow them to stay solid when out of the fridge.

If you see the words "Hydrogenated Fats" on the label, the product has trans fats in it.

We will not go into details about the process used - suffice to say that it is not a good one.

There is no way that these "monster" fats are natural for us to be eating - they were not even around a century ago.

Our body simply does not know how to neutralize them and so they wreak havoc in our systems. (Including increasing bad cholesterol at the expense of good cholesterol, causing inflammation and abdominal fat and also causing the development of lifestyle diseases if used over a prolonged period.

The evidence against these fats is so bad that many governments globally have made moves to regulate the levels used.

Things are improving but it is taking to long - we still consume far too many trans fats.

My advice is to avoid anything that has the word "hydrogenated" in the ingredients. 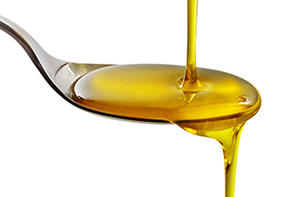 Vegetable and Seed Oils are basically just seed oils that have been very refined.

A lot of oils fall into this category from Canola to Corn oil.

The processing are part of what makes these oils dangerous - they are subjected to high temperatures, are pressed, bleached and exposed to hexane, a dangerous solvent.

But the main problem is the levels of Omega-6 in the oils. You need both Omega-3 and

Omega-6 oils, but in very specific quantities and in the right balance.

Omega-6 levels in Western diets are quite high, largely because of these oils. We are simply eating too many Omega-6s.

An oversupply of these acids can cause inflammation which, in turn, can lead to some very serious lifestyle diseases.

Studies have shown that there is a direct correlation between high levels of Omega-6 and heart disease. This correlation has been studied in a number of trials.

The fats also tend to be very reactive because of the numerous double bonds that they have in their molecules. Because of this, they can lay about in the membranes of the cells and so make them more likely to become damaged.

Several other diseases, from cancer to depression have also been linked to these Omega-6 fatty acids.

That is not all though - one study found that in the U.S. alone, there are as much as 4.2% of all fatty acids found in the oils are trans fats.

Plant oils, on the other hand - such as coconut and olive - are really good for you.If you want better health and to lessen the risk of developing serious diseases, you should ditch the seed oils and stick to the healthy ones.

4. Wheat Of Any Sort

Current research is stacking up and wheat is not coming out the winner. Although touted as healthy, wheat and whole wheat cause a number of problems when it comes to health.

The reason that wheat is so bad for you can be attributed to the high gluten content.

Celiac disease has been well studied but research is now showing that there are people who, whilst not having a complete gluten allergy, are sensitive to it. It is also a lot more widespread.

If you are sensitive to the gluten in your food, your body goes into defense mode when it hits your digestive tract. This causes irritation and damage to the intestinal tract and can result in pain, bloating, problems with stools, fatigue, etc.

Evidence has also been found that suggests that gluten can cause leaky gut syndrome by making the intestinal walls more permeable. This can be a potentially serious condition.

It is also believed that wheat might actually worsen nutrient deficiencies in a number of ways:

There are high levels of phytic acid, an acid that bonds with essential minerals and interferes with their absorption.

Another study has proven that wheat fiber can cause our systems to work through our stores of Vitamin D a third faster than normal.

In those people with a gluten sensitivity, the damaged lining of the intestine translates to less nutrients being absorbed overall.

It might also just raise your potential for developing cardiovascular disease. One lot of research proved that dense, small LDL could be raised by eating whole wheat by a massive 60.4% as opposed to whole oats. The numbers of LDL particles also increased as did LDL cholesterol.

It has also been proven that removing gluten can be useful in some instances of autism, schizophrenia, etc.

There is also no point in avoiding processed wheat in favor of whole wheat - you would be just as safe smoking cigarettes with filters rather than normal ones.

In fact, logically, it makes no sense at all to avoid refined wheat and laud the properties of whole wheat.

Take Away On Which Foods To Avoid

It's never too late to change your eating habits. There are many popular diets and nutritional supplements that can aid you in your journey to better health and wellbeing.