Authority Health › Food & Nutrition › Not All Calories Are Created Equal

Not All Calories Are Created Equal

While it is true that all calories contain 4184 Joules of energy, when it comes to the complicated biochemical system that runs our bodies it becomes clear that not all calories are equal.

Here are 6 reasons why calories are not all the same. 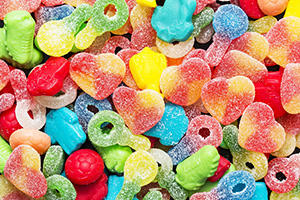 Fructose and glucose are the two premier simple sugars in our diet. While they weigh the same and have the same chemical formula, they are not the same when it comes to how your body deals with them.

For instance, any of the body's tissues can metabolize glucose, while the liver is solely responsible for metabolizing fructose.

One study has also shown that fructose can increase the level of the "hunger hormone", ghrelin, at a faster rate than glucose.

Furthermore, the two function differently in the way they affect satiety centers in our brains.

Also, if one consumes higher than normal levels of both, fructose will more negatively affect the body in areas like insulin resistance, abdominal fat gain, triglyceride increases, bold sugar and LDL levels.

So the same number of calories from these two can affect the body in completely different ways.

2. Energy Expenditures And The Thermal Effect of Food

Metabolic efficiency is typically used to compare the ways calories are broken down and used for energy as opposed to being released as heat. The metabolic pathway traveled by proteins is less efficient than that followed by fats and carbs. For instance, of the four calories contained in a gram of protein, most of them are lost as heat during the metabolization process.

The thermal effect of food is a measurement of how foods rank in energy expenditure during the process of digestion, absorption and metabolization. Fat ranks at 2-3%, Carbs at 6-8%, and Protein at 25-30%---so you can see that protein uses a whole more energy during the metabolization process. So if we take the thermal effect numbers for protein at 25% and fat at 2%, then 100 calories of protein checks in at a net 75 calories, while fat calories would sit at 98.

In a nutshell, there is a "metabolic advantage" to a protein diet. You burn more calories digesting protein than you will digesting fat.

Studies show that protein is far and away the most fulfilling macronutrient. Data has proven that when people embark on high protein diets they begin losing weight without having to even count calories or even control their portions. One study revealed that those who increased their protein intake to 30% of all calories taken in ended up eating around 441 less calories per day and lost 11 lbs. over the course of 12 weeks.

So once again we see that protein calories are nowhere near the same when it comes to appetite reduction and metabolism.

4. Where Do Foods Rank On The Satiation Index?

What the satiety basically does is measure the caloric intake of foods necessary to make us feel full. The volume of different food consumption needed to reach the same caloric intake level will vary greatly, with a good example being that you're going to reach the 500 calories mark by eating cake a lot faster than you will eating spinach. 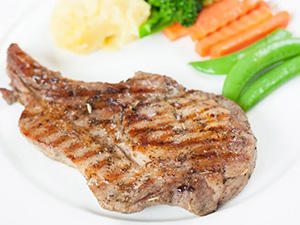 Hence, it stands to reason that if you eat foods like beef, eggs, beans and fruit -- all of which rank higher on the satiety index -- you'll end up eating less than you would by eating lower ranked foods like candy and donuts.

In the past two decades multiple controlled trials have come to the same conclusion, and that is that low-carb diets, when compared to low-fat diets, result in more weight loss. Some studies have shown that participants eating low-carb will lose as much as 2-3 times the weight of their low-fat counterparts over the same time period.

6. How The Glycemic Index Works

While debates within the nutrition community continue on many issues, one thing just about everyone agrees on is that refined carbs should be avoided. Refined carbs are found in added sugars and high fructose corn syrup, along with refined grains typically found in foods like white breads, crackers made from white flour, and the like.

For instance, if you eat something that spikes your blood sugar level quickly, you'll almost instantly hop on what is called the "blood sugar roller coaster." This gives that instant burst of energy, but it will only be brief and you very likely soon be looking for another high-carb food to snack on.

In this case we see a difference in in calories when it comes to the speed with which carb calories interact with the system, yet another example of why not all calories are the same.

What Is The Take Away On Calories?

The underlying message here is that calories from different food sources will react differently and have varied effects on hunger and hormones and energy expenditures. There are some supplements you can take which will help you reduce your calorie intake and so you can focus more of what you eat on healthy foods.

While being consciously aware of your calorie intake while dieting is not a bad practice, it is not all you need to take into account. The kind of calories count.