Foods Everyone Should Eat- Even on Paleo Diets

A paleo eating plan appeals to me. It makes sense to eat the same kinds of foods that our ancestors did. Where I do have a problem though, is how the diet is implemented. Often, it no longer seems to be about the science but, rather, like a religion. Many foods are excluded because they weren't around when our ancestors were. We are thus losing out on some healthy foods. Nutrition ought to center around what research has shown is healthy, and not a one size fits all dogma.

Whilst we are largely the same as those humans in Paleolithic times, there have been some genetic changes. Even back then, humans would try a wide source of foodstuffs. New food sources that were found to be healthy would not have been forbidden.

For me, I would rather look at "paleo" as a guideline instead of a hard and fast rule. Dig into the foods your ancestors would have eaten but do make allowances for those that have been produced more recently that have been shown to be healthy.

The following are great for you but are technically taboo on paleo:

Dairy from Cows Fed on Grass, No Fat Removed 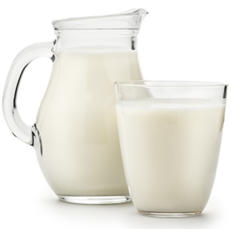 Paleo calls for you to avoid all dairy. Personally, I don't think that this is a good idea - a lot of people are able to metabolize dairy properly. The problem, when it comes to nutrition, is low-fat dairy. Go for full-fat dairy products from cows that have been grass-fed for the greatest health benefits.

Dairy has come under fire as being difficult to digest but I wonder if the problems are not due to cutting the fat out of it more than anything else. Full-cream dairy has butyrate, a strong anti-inflammatory, and a good quantity of Vitamin K2 as well. Vitamin K2 is essential when it comes to properly utilizing the calcium in our bodies. It also protects against bone fragility and heart disease. A study in the Netherlands confirmed that those ingested the most K2 were nearly 60% less likely to develop cardiovascular disease and also had a higher longevity rate.

Where grass-fed cattle are prevalent, consumption of full-fat dairy products has been correlated to a reduced risk of cardiovascular disease. In Australia, a study concluded that people who ate the highest levels of full-cream dairy were 70% less likely to die from cardiovascular disease than a group that did not.

Most people steer clear of dairy because of concern about gaining weight. Once again, the evidence has dismissed this myth. Full cream dairy can reduce your chances of becoming obese.

Still, there are those who are not able to digest dairy and for those people, it is better to steer clear of it. But if you have no ill effects from it, there is no reason to have cut it out entirely. 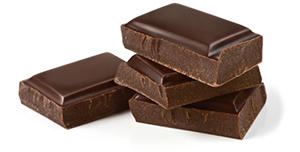 This is one of those rare foods that are great tasting and also proven to be extremely healthy. Studies have shown that the antioxidant levels in cocoa outstripped those found in blueberries. In addition, it offers a good deal of fiber and a range of minerals as well. The downside is that it is bitter so it usually comes full of sugar. Getting chocolate that is at least 70% cocoa will help negate this downside though.

Dark chocolate has been proven to be good for heart health and for your brain. It can reduce blood pressure, increase the amount of HDL cholesterol and also prevent LDL from oxidizing. In addition, it is beneficial for the metabolic system and can protect against cardiovascular disease.

Studies have revealed impressive results: Those who ate the highest levels have about half as much chance of developing heart disease as those who don't. The one caveat is that these are observational studies so this does not count as absolute proof. Still, considering those benefits that have been proven to exist, it makes sense that it protects against cardiovascular disease.

There was no chocolate in paleo times but that doesn't detract from its health benefits.

This is not a license to go wild, however. Choose the best quality (highest cocoa content) you can get and eat a square or two a day.

When the paleo eating plan first came out, one of the casualties was the good old-fashioned potato. This is hard to understand though since there were potatoes around in that era. There are some paleo plans that do encourage you to eat potatoes labeling "safe". There is anecdotal evidence of people subsisting off potatoes and nothing else for a long time not suffering any ill effects.

The truth is that potatoes are nutrient dense. They contain just about every nutrient that we require and also have a little protein as well. A big point in their favor is that they are very filling - they are the highest food on the satiety index. This means that they will help you to feel satiated and reduce the amount of other (potentially less healthy) foods consumed. If you are worried about the starch content, let them cool down before eating them. This makes the starch in them even more indigestible and causes it to act more like soluble fiber. The carb count is an issue so quantity should be restricted.

If you have an active lifestyle and no problems with your metabolism, dig into this superfood.

Coffee has taken quite a beating in terms of its health-effects reputation and was avoided for that reason. But more recently coffee has been shown to provide some health benefits. It is a great source of antioxidants and tends to be the primary source for those in the western world. Regular consumption has been proven to protect against a wide range of illnesses, most particularly diabetes, Alzheimer's, Parkinson's and diseases of the liver. It has also been suggested that coffee drinkers may enjoy a longer lifespan than teetotalers. The first book on the paleo diet was anti-coffee but subsequent versions of the diet have allowed its inclusion.

There are those people who can't handle the caffeine but they are in the minority. If you like coffee, have it by all means. Just limit the amount taken in the afternoon or risk having sleepless nights.

I doubt that our Paleolithic brethren were running around with pots of coffee (or tea, come to think of it) but who is to say that they didn't eat the berries? Still, it is good for you as long as you skip the sugar and stick to a quality brand.

This is a well-known spice for seasoning curry. Research has now also found it to be an excellent source of antioxidant and anti-inflammatory properties, something the Indians have known for centuries. If you are not a fan of eating turmeric, you can take advantage of the many health benefits by taking a turmeric supplement.

The Bottom Line of the Paleo Diet

There is no way of being 100% sure what people in Paleolithic times ate and there is no one-size-fits-all paleo diet. People were hunter-gatherers and made do with what they could find near where they lived. Some had more protein than others - it depended on the season and the environment. What we do know for sure is that they did not, of course, eat processed foods. That means that anything that is highly refined, contains lashings of sugar, etc. needs to be shown the door.

Eat real food - that's all there is to it. There are even supplements out there to help you curb your cravings for the bad stuff.

What our forebears ate is likely good for us but that does not mean that more modern foods are not. Don't be a paleo fanatic - if you find a food that is good for you and you like it, don't exclude it just because it isn't what the book recommends.