In 2009, Dr. Robert Lustig, a pediatric endocrinologist at the University of California, San Francisco, published a YouTube video that went viral in which he offered up the cold, hard truth about fructose and obesity and their relationship to metabolic disease. Since then, Lustig's "Sugar: The Bitter Truth" has been viewed millions of times. But in the years since Lustig made the video, new research has emerged with regard to how sugar can damage the body.

Fructose And Your Digestion

Research has been done which may link fructose to digestive issues. When fructose arrives in the colon without being absorbed by the small intestines, it interacts with bacteria which causes bloating, pain, diarrhea and flatulence. To ease these symptoms, try a plant product to naturally cleanse the colon.

Fructose - A Cause Of Insulin Resistance 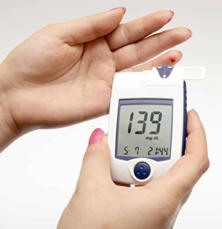 High fructose corn syrup and added sugar are about half fructose and half glucose, the simple sugars that more complex sugars are reduced to during digestion. The liver is the sole organ capable of metabolizing fructose at all and it can react differently under varied conditions. For instance, if someone eats a small amount of fructose, it will then help store glucose in the form of glycogen in the liver. However, when high amounts are consumed, fructose then turns into fat.  Often times this fat is stored in the liver and can lead to non-alcoholic fatty liver disease.

Another offshoot of this process can be insulin resistance -- which basically means that the cells in the body fail to recognize insulin in the blood and as a result the body begins to produce more insulin. Studies have shown that high fructose intake can lead to insulin resistance and elevated insulin levels, as well as other complications with cholesterol, triglycerides and blood sugars. Insulin resistance is a major factor in metabolic syndrome, which often contributes to type 2 diabetes, obesity and heart disease.

How Elevated Insulin Levels Affect Leptin And The Brain

Fat cells secrete a hormone called leptin, and the fatter the cells, the more leptin gets released into the bloodstream. Leptin essentially functions as a signal, telling the brain that our cells have all the energy they need and that the body can continue to burn energy at a normal rate. This is essential to our long term energy balance.

Studies also report that high triglyceride levels in the blood can restrict leptin from getting to the brain, and fructose is one of the main causes of elevated triglycerides.

Fruit is Fine, But Added Sugar Is Not 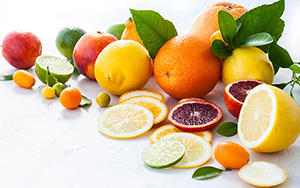 Fruits, because they hold a lot of water and fiber and have a low energy density, often take longer to chew. The result of this is that they fill us up faster, therefore making it nearly impossible to spike your fructose levels from eating fruit.

The bottom line here is that added sugars should be avoided at all cost, while if you're like most Westerners, you could probably stand to add more fruit to your diet.