Gout Is About More Than A Painful Big Toe

Gout. It's been called the disease of kings, nobles and poets and has long been associated with overindulgence in meats, seafood and alcohol. In 16th, 17th and 18th century literature it was regarded as a badge of honor (1).

The list of the rich, famous and notorious who are believed to have had it include Benjamin Franklin, Leonardo da Vinci, Martin Luther, Oliver Cromwell, Galileo, Theodore Roosevelt, Henry James, Benjamin Disraeli, Thomas Jefferson and Karl Marx. There are some fanciful claims that John Milton and Thomas Gray died of it – although there is no scientific evidence to suggest that this disease, in itself, is a killer.

Despite its noble pretentions, it is also often the butt of jokes, no doubt because its most common symptom is an inflamed, swollen – and incredibly painful – big toe. This attack can last days, or weeks.

"A sore big toe," scoff those who don't suffer from this form of gouty arthritis. "How bad can that be?"

Well, it's bad. In fact, gout – a form of arthritis that occurs when high levels of uric acid in the blood cause crystals to form and accumulate around a joint – can be excruciatingly painful and can severely affect the quality one's life (2).

It usually starts in the big toe but can spread to the ankles, knees, elbows and wrists if it is not treated or controlled (3). Eventually, untreated gout can cause other problems such as painless but ugly bumps and lumps under the skin around joints, as well as kidney stones. In addition, untreated gout can lead to other serious health risks including high blood pressure, diabetes, chronic kidney disease and heart disease (4). 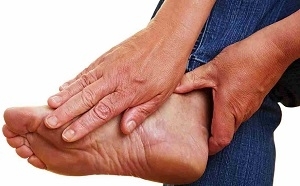 Everyone produces uric acid – a waste product – when the body breaks down a chemical called purine (5). Purine occurs naturally in your body, but it's also found in certain foods (see below). Uric acid is taken by the blood to the kidneys from where it is passed out of the body in the form of urine. However, some people produce too much uric acid or, even if they produce a normal amount, their kidneys can't deal with it efficiency and so the quantity of uric acid in their bodies builds up. Many, but not all of these people, may develop gouty arthritis.

Who Is At Risk Of Getting Gout?

The underlying cause of gout is the result of having too much uric acid in the body, a condition called hyperuricemia (6).

Lifestyle factors, such as a diet high in certain high-purine foods, obesity and excessive alcohol use – especially heavy beer consumption – also can contribute to development of hyperuricemia and gout (7).

Gout is particularly prevalent among older men – and it is becoming even more common, possibly as a result of increased consumption of animal purines, alcohol and fructose; obesity; hypertension; growing use of diuretics; and chronic kidney disease (8).

However, although women have a lower risk of developing gout even when they have the same blood levels of purine as men, they are not immune (9). In fact, in the last 20 years, cases of gout have more than doubled among women. Researchers have found that women who are older (postmenopausal), are obese, have high blood pressure, drink more than five alcohol beverages a week and use diuretics have a higher risk of suffering from gouty arthritis attacks. Unlike men, women also tend to develop gout in their knees, toes, wrists and top part of their fingers rather than their big toes.

Interestingly, obesity appeared to triple the risk for developing gout among both men and women.

Gout generally affects older men who are overweight, drink certain types of alcoholic drinks, and eat purine-rich foods. However, women are also increasingly being diagnosed with the disease.

Yes – and no. No specific diet is guaranteed to prevent a gouty arthritis attack, but if you watch what you eat, you could reduce your risk of an attack (10).

Because gout has long been associated for centuries with overindulgence in meats, seafood and alcohol, people wanting to avoid a gout attack were warned to stay away from foods that could trigger these attacks, particularly those that have high amounts of purine. The list of such foods is long, and includes: 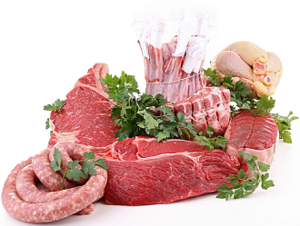 However, nowadays there is increased focus on what you should eat to reduce your risk.

When focusing on reducing your risk of a gout attack through diet, try to focus more on what you can eat, than what you can't. You'll find that a good gout diet is really not very different to what is largely regarded as a balanced, healthy diet. 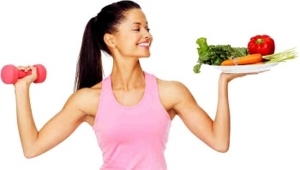 Is It Only About Diet?

Adopting healthy lifestyle habits is an essential part of an effective gout treatment plan. Eating a healthy diet, engaging in regular physical activity and losing weight if needed can lower your risk of repeated gout attacks, as well as the chances of developing heart disease, which is common in people with gout. (12)

Diet is only one part of an effective gout treatment plan. Eating well, exercising and losing weight can prevent gout as well as heart disease, which commonly occurs in people with gout.

It was once thought that eating a low-purine diet might be enough to stave off attacks. However, this method alone usually fails to lower uric acid levels enough, so uric acid-lowering medications, which are highly effective, may be required.

If you suspect that you suffer from gout, speak to your doctor to not only avoid debilitating pain, but to also decrease the risk of developing other, far more serious, diseases.

Zachary attended the London School of Planning and Management where he received his degree in health administration. After working in St Lukes Hospital for many years, he decided to pursue his love of exercise and fitness into his main career by receiving a Level 2 Diploma in Instructing Exercise and Fitness and Level 3 Diploma in Personal Training through the Academy of Fitness Professionals.

He works with private clients of all fitness levels, as well as, a sports team and several famous celebrities. He currently lives in London and enjoys a vibrant, active and fun lifestyle. No stranger to challenge, he thrives when training for marathons and will compete in his first triathlon soon. He blogs often and loves to share his knowledge with others whenever he gets the chance.