Oil pulling has become quite popular lately. Several studies have been done that claim it has great benefits, supposedly leading to whiter teeth, fresher breath, and other oral health improvements.

What Is Oil Pulling?

Oil pulling is literally swishing oil around your mouth for about fifteen minutes.  This originated as an Indian folk practice which has been around for a thousand years.

Advocates for oil pulling say that its biggest advantage is that it gets rid of some dangerous bacteria found in the mouth. Out of the thousands of types of bacteria found in your mouth, some are healthy and others are harmful.

Mouth bacteria creates a film on the surface of the teeth. We call this film "plaque" A little bit of plaque is common, but too much can result in lots of problems. These problems can include yellowed teeth, cavities, gingivitis and bad breath. As you pull oil, the bacteria will get stuck in the oil. At that point, it dissolves. 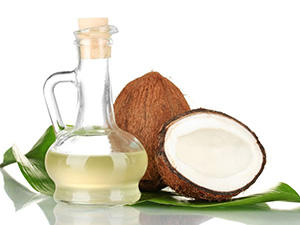 The traditional oils used by the Indians for oil pulling were sesame or sunflower oils. While oil pulling works with basically any oil, coconut oil has a lot of added advantages. The lauric acid, a fatty acid found in coconut oil, is antimicrobial. This means it can kill bacteria, fungi and viruses.

As far as taste goes, coconut oil is the most pleasant tasting of oils. While at first it may seem gross to have so much oil in your mouth, you will soon become accustomed to it.

Streptococcus mutans is a type of harmful bacteria in the mouth. It is a big part of the plaque buildup that leads to tooth decay. A study was done in 2008 twenty boys which found that sesame oil reduced streptococcus mutans in mouth plaque in two weeks. Even though those are amazing results, the findings did show that  chlorhexidine mouthwash was more effective. However, oil pulling is a lot more affordable and a lot less disgusting.

Gingivitis is brought on by gum inflammation. This happens when the immune system tries to fight the bacteria found in the plaque. 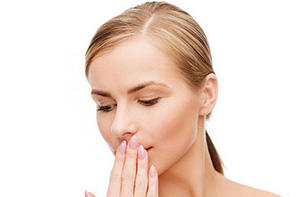 Although this is not true in every case, a lot of instances of bad breath are because of the mouth's bacteria. Bad breath is also caused by the gases and chemicals produced by bacteria. When you take this into consideration, it is logical that reducing bacteria gets rid of bad breath.

In study that tracked 20 teenagers it was found that oil pulling had the same effect as chlorhexidine mouthwash in reducing bad breath.

In addition to oil pulling, many people take a natural supplement in order to further minimize bad breath.

The steps for oil pulling are incredibly simple. First, put a spoon full of oil in your mouth. Then, swish the oil around for approximately 15 minutes. Push and pull the oil between your teeth. If it discomfort in your face muscles, you're using too much force. Once you spit the oil out, brush your teeth.

If you oil pull with coconut oil, it may take a moment or two for the oil to melt. This is because coconut oil becomes a solid quite easily.

Oil pulling is most effective when done before eating or brushing your teeth. An easy way to fit it into your routine is to oil pull while you take your morning shower.

After about 10 days of oil pulling, you will probably notice that your teeth seem cleaner and your breath seems fresher. If you have dental problems, you may notice a significant improvement.While there are some crazy statements regarding oil pulling that aren't really believable, it is an effective way to lower the amount of dangerous bacteria in your mouth. It also helps improve oral health.

When you think about how inflammation causes all kinds of problems, it makes sense that reducing oral inflammation could lead to health improvements that aren't even related to the mouth.