Veggie Oils Are Killing You Slowly

At first glance, vegetable oils seem to be good for you. After all, they are naturally based aren't they?

Well, that has been the basis for a lot of the nutritional advice surrounding these oils. We have been encouraged to use these in place of the demon saturated fats.

This little chestnut has now been turned on its head though.

There is nothing natural about these oils - the levels of essential fatty acids are unlike anything found in nature.

Because of our ever-increasing consumption of these oils, we are actually affecting the physical makeup of our bodies and are becoming more and more unwell.

Here is why you need to bin these dangerous oils:

Large Amounts Are Not Natural At All

Here we are looking at the oils that get processed - safflower, canola, etc.

They are what we tend to call vegetable oils.

The problem is that they have a big quantity of essential fatty acids in them - the Omega-6s that actually promote inflammation if used in high amounts. 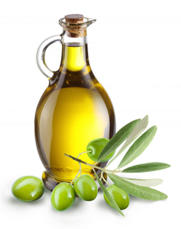 Natural oils such as coconut and olive oils are really good for you.

What you need to remember is that at no time in our evolutionary cycle have we ever been exposed to foods that contain such high levels of Omega-6s.

A hundred years ago, these oils didn't even exist. Now we have increased the consumption more than a thousand times in the space of a century.

The oils are heated and chemical additives are added so that they have a completely different chemical makeup at the end of the process.

I doubt that this is even really safe for humans to consume.

Cold pressed oils are better in terms of the process used but you still have to contend with higher Omega-6 levels.

Veggie Oils Change The Basic Composition Of Our Fat Stores

We have to get both Omega-3 and Omega-6 essential fatty acids. We cannot produce them ourselves. The key is to getting the balance right.

Studies of non-agrarian societies have led researchers to believe the normal ratio should be in the range of about 4 Omega-6 to 1 Omega-3 to around 1 Omega-6 to 2 Omega-3. Most of us get around about 16 Omega-6 for every Omega-3.

And its not like these are just toxins that build up and are stored away. They are bioactive molecules and perform essential functions within the body.

Once the balance is thrown out, the trouble starts.

These acids are also unsaturated and this is a problem in this instance.

Omega-6s are characterized by having a number of double bonds and are thus very reactive.

These fats can oxidize and cause a chain reaction throughout their entire structure. This can trigger the effect in other structures as well.

Studies have shown that the typical levels of Omega-6 in the very structure of our cells has tripled in the last five decades - Omega-6s are changing our basic body structure from within!

Eicosanoids are substances in the body that are made from the essential fatty acids. These altered acids then reside in the membranes of the cells.

They play a vital role there - especially when it comes to sending intercellular messages, inflammation and immunity.

Common painkillers work on these eicosanoid pathways to reduce the amount of inflammation. Some inflammation is good - it can help you to recover from injuries. Chronic inflammation throughout the body is not.

These eicosanoids, when formed using Omega-6s promote inflammation. Those made with Omega-3s fight inflammation.

Both lots of acids fight with one another. Your job is to make this a fair fight - impossible if one lot overwhelms the other.

Unfortunately, the western diet does get this balance wrong and that is why we are all so ill. Inflammation on a systemic level is thought to be one of the reasons that we get chronic illnesses - mental and physiological.

They Have Lots Of Trans Fats

By now you would have been made aware that trans fats are really bad.

They are basically pure poison and, if used over a prolonged period, do up your chances of contracting several really nasty diseases.

Even the governments of the world are acknowledging this and are starting to enforce stricter standards in terms of what levels of trans fats are allowed into food.

What most of us don't know, however, is that heart healthy canola oil, and oils like it, have lots of trans fats in them.

Some brands contain as much as 4% of the overall fatty acid content in the form of trans fats.

This is another mark against these oils. 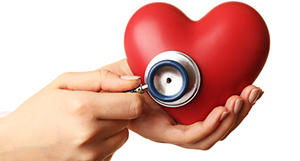 They Increase Your Chances Of Getting Heart Disease

Most damaging of all is that these oils are marketed as a healthy alternative to saturated fats.

Studies are now proving that this is completely the wrong way around. It is the saturated fats that should be eaten and the oils that need to be avoided.

There have been studies that have linked these oils to an increased risk of developing heart disease.

There are some studies that "prove" that polyunsaturated fats do actually lessen the chances of developing heart disease but these really don't make a distinction when it comes to the different kinds of fatty acids so the results are flawed.

In studies where the distinction is made, Omega-6s come out badly.

Using Veggie Oils Has Been Linked To A Range Of Diseases

Considering the level at which these fats work, it does logically follow that they could have an impact on other diseases also.

For the moment, the human trials in terms of this interaction are lacking but studies conducted on animals have noted that there is a link:

Omega-6 has been linked to cancer in both humans and animals.

A frightening association has been found between these oils and suicidal tendencies.

Depression has been proven to be made worse when the balance of the fatty acids is out of whack.

I could go on but I am sure you get the idea. Processed vegetable oils are killers.