What Is Conjugated Linoleic Acid?

Conjugated linoleic acid (CLA) has been a hot topic for health researchers and the general public alike since it has been associated with some health benefits. Since these associations became important, research into CLA has determined its link to our health and a possible role in weight loss.

What Is CLA And Where Can It Be Found? 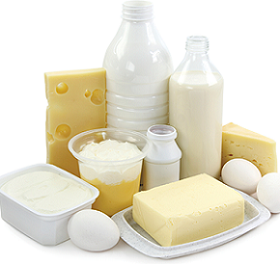 CLA is an 18 carbon long fatty acid chain. It contains two unsaturated bonds which can occur at different points in the chain and this gives rise to the 28 kinds of CLA that exist (1). Specific isomers (types) have been linked to specific health benefits. CLA has many dietary sources such as meat from ruminant animals (animals which have a specialized stomach called a rumin. These include cows and sheep) and dairy products (2). There are also some mushrooms which contain CLA. These are limited to the white button mushroom and the almond mushroom. These mushrooms are fairly rare and they do not contain as concentrated amounts as the ruminant meat so vegetarians and vegans should pay special attention to how much CLA they are taking in. A remarkable trait about CLA is that it does not break down significantly under high temperatures so it remains after the dietary sources are cooked.

Conjugated linoleic acid is a fatty acid that is unsaturated. There are actually several types and only a few have been specifically linked to health benefits. The main dietary sources of CLA are meat from mutton or beef, dairy products or mushrooms. CLA is heat stable so it is alright to cook the dietary sources of it.

Why Is CLA An Important Component Of A Healthy Diet?

Fatty acids are an important part of a person's diet because they are fundamental building molecules for our cells and tissues. A deficiency of them can lead to many health defects such as dry and scaly skin, poor wound healing and an increased chance of infection. They are also important in order to make signaling molecules for our cells to communicate with one another (3). They function quite importantly in stimulating inflammation and fighting off disease.

Conjugated linoleic acid is actually an essential component of a normal healthy diet.  It has several roles in the body which include the general roles of fatty acids. The most important roles include cell and tissue construction and immune system signaling. There is also scientific research to show that taking CLA reduces the risk of cholesterol dependent atherosclerosis and a subsequent heart attack.

Can CLA Help Me Lose Weight? 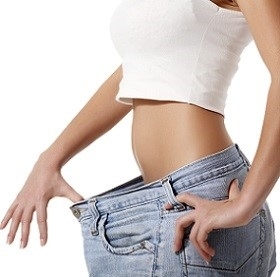 Several scientific studies have looked at the effect of conjugated linoleic acid on weight loss. These scientific studies began in animal models such as mice and rabbits and then in humans. These studies feed one group a diet that includes conjugated linoleic acid and another group a diet which specifically lacks it and then compare the two. A study conducted on mice found that CLA has several ways to act on the body in order to reduce body fat (4). A study on humans had similar findings, that CLA reduces body fat but there are conflicting findings as to whether it affects lean body mass or body mass index. The way it works in the body is that it has an effect on appetite - that is reducing food intake by reducing the expression of certain hormones which promote hunger. The presence of CLA also increases lipid oxidation in the body which improves its metabolic rate. Not only does it improve the breakdown of stored fats but it also reduces the maturation of the cells which are designed to store it (5). By acting in all of these ways, dietary CLA can therefore be definitively linked with weight loss.

Scientific research into the effects of CLA on weight is quite extensive and there is strong evidence to suggest that including CLA in an individual’s diet can help them to lose weight. CLA affects the metabolism of fats in the body and reduces their storage in adipocytes (fat cells). It can also reduce feelings of hunger.

How Much CLA Must I Consume Every Day?

An RDA has not yet been established for conjugated linoleic acid as there is still a need for much more extensive research. From the scientific experiments that have been conducted, the effects were observed between 1.8g and 7g. Any dosage above 3.4g does not seem to produce any added clinical benefit. Too much CLA can also cause adverse effects. For this reason it is recommended to stay closer to the lower end of the dosage range (around 2000 mg or 2g). This can be in the form of supplements or from your diet - 360 grams of the fat from the dietary resource per day should be sufficient) (6). It may also be necessary to adjust the dosage based on age specifically for groups such as children and the elderly. In these cases it is best to see a healthcare professional if you are unsure about the dosage.

An RDA has not yet been established for conjugated linoleic acid. But scientific literature suggests that the best dosage for it is around 2000 mg per day.

Conjugated linoleic acid is definitely an important part of a normal diet because it functions in many roles in the body from general structural roles in cells and tissues to a very important role in the immune system. That is why it is necessary to take in at least 360 grams of the fat in the relevant dietary sources per day or to take supplements which contains CLA.