If you want a healthy drink, it doesn't get much better than green tea. Packed with antioxidants it can even help you lose a little weight.

Want to know how? 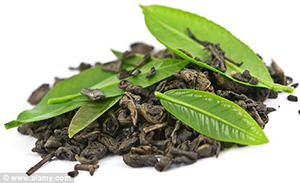 Green tea contains several active compounds that are dissolved into the water when you steep the tea. As long as you stick to a good quality brand, you are getting tons of benefits.

Green tea does contain caffeine but in much smaller quantities that you get from coffee. It's enough to give you a little boost but not the jitters. Caffeine can also rev up the metabolism and help your body to burn more fat as well as improving exercise performance.

The main benefit of the tea though is the huge number of antioxidants it contains, particularly catechins. Of these, EGCG is the most important and it is a substance that is capable of boosting your metabolic rate.

You can get these benefits either from imbibing it as a tea or supplementing with it.

It Helps Fat Bust a Move

For the body to be able to use fat as fuel, it needs to be broken down within the cell and then transported to the bloodstream. Green tea helps fat move house by ramping up the effects of the hormones that burn fat.

EGCG is also capable of inhibiting an enzyme whose responsibility it is to metabolize norepinephrine. The levels of norepinephrine consequently rise and, since the nervous system uses this hormone to kickstart the breakdown of fat in the body, that's exactly what happens in the fat cells. The more norepinephrine there is in the system, the stronger the effect is.

Both EGCG and caffeine actually work hand in hand along similar pathways and enhance each other's effects. More fat enters the bloodstream and is available for the creation of energy.

Green tea has time and time again proven to increase the amount of fat burned, particularly when you are exercising.

In one study, those using the extract burned an extra 17% fat when compared to those who didn't. A longer-term study over a two month period not only confirmed this finding but also determined that fat burning during rest also increased. It may thus be helpful in rewriting your body fat percentage.

Green Tea Can Rock Around the Clock

Even when we are sleeping, we use energy - our cells never really switch off completely. Research has shown that green tea may up our basal metabolic rate by between 3% and 8%. This is huge - similar to what you'd expect when you switch to a high protein eating plan.

That said, this effect does not work for everyone; it seems to depend on the individual.

It would appear that green tea may at times help to reduce appetite. The studies are conflicting though so this may not be the case.

For the most part, though, it does not seem to have a significant impact on our overall calorie intake.

Weight loss using just green tea seems modest at best. In some cases, there are no weight loss benefits at all.

While this may seem discouraging, it is important to remember that not all fats are equal. We have the fat resides under the skin but we also get abdominal fat, a particularly nasty type that lodges around our organs. It is a very harmful fat and is strongly linked to lifestyle diseases like heart disease.

The fat loss due to the use of green tea appears to be primarily of this sort. While the results may seem modest, the reduction of visceral fat is imperative for good health.

What We Have Learned

Green tea is not the same as green coffee so take note. Green tea may rev up your metabolic rate and ability to burn fat a little but you shouldn't expect a huge drop when you step on the scale. Combining it with eating properly and exercise will bolster its effects. Of course, it is an extremely healthy beverage in its own right and great as part of your daily diet.