As a compound, nitric oxide is toxic, yet it plays such an important role in human health – in particular neuroscience, physiology and immunology – that it was proclaimed the "Molecule of the Year" in 1992 (1).

It also received a Nobel Prize in Medicine or Physiology in 1998 – at least Robert F Furchott, Ferid Murad and Louis J Ignarro did for pinpointing the role played by nitric oxide as a cardiovascular signalling molecule. Nitric oxide also plays an important role as a signalling or messenger molecule, transmitting signals to cells in the nervous and immune systems as well (2) .

It's not only this signalling capability – enabling the communications process that governs the basic activities of cells and coordinates all cell actions – that makes nitric oxide so special. There are other signalling molecules in the body. What makes nitric oxide different is that it is a free radical, which makes is much more reactive than other signalling molecules. In addition, it is so small that it can easily diffuse through cell membranes and walls and so it can do its signalling job where other molecules can't. 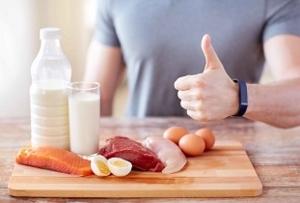 Nitric oxide is a gas. We can't eat it or even see it. The only way our bodies are able to get nitric oxide is to make it or synthesize it from an amino acid, L-arginine. Dietary sources of L-arginine include protein-containing foods such as meat, fish, poultry, dairy products, soy, eggs, walnuts and peanuts. Everyone should eat at least some of these regularly.

Without nitric acid in our bodies (and thus, indirectly, without L-arginine) our chances of survival would be slim – and our health would certainly be severely impaired because nitric acid:

Nitric acid is absolutely essential for our health and well-being.

Is Nitric Oxide Used In The Treatment Of Medical Conditions?

Absolutely. Nitric oxide is used for the treatment of several common conditions (4) including: 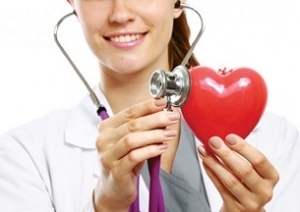 There is research that shows that in addition to the treatment of heart, blood vessel and blood pressure conditions, L-arginine supplementation may be useful for decreasing the risk of respiratory infections, improving poor wound healing and aiding with recovery after surgery.

In addition, there are indications that L-arginine may help to stimulate insulin production, thus potentially reducing diabetic complications; and its role in urea formation may help to treat kidney disease and metabolic acidosis.

Finally, taken intravenously, L-arginine is an effective treatment for growth hormone deficiencies such as panhypopituitarism, gigantism, acromegaly, or pituitary adenoma.

Nitric oxide is used as a treatment for a wide range of common and less common medical conditions ranging from Angina and Impotence to growth hormone deficiencies.

Because of its role as a natural vasodilator, which results in increased blood flow that carries more oxygen and nutrients to muscle tissue, there has been increasing interest over the past few years about the role nitric oxide could have on athletes in general, and those wanting to build muscle in particular.

There are many sport supplements known as nitric oxide boosters but which are effectively L-arginine or arginine supplements, on the market. Makers of nitric oxide supplements generally claim that these products increase nitric oxide levels in the blood – and thus help to build lean muscle. The increase in blood flow is said to result not only in increased oxygen delivery, but also the delivery of nutrients such as amino acids, fatty acids and glucose to skeletal muscle during exercise, thus aiding performance. Additionally, it is believed that the increased blood flow will be retained during the post exercise period, allowing for improved exercise recovery and muscle building.

The big question is: do these supplements work? The jury still appears to be out (6) 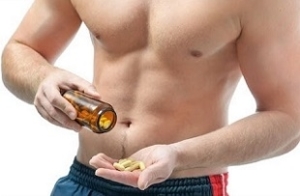 Much of the evidence about the efficacy of nitric oxide-stimulating dietary supplements is anecdotal or based on what is called "borrowed science" in that it relates to research done on isolated and intensified (such as intravenous) dosing of a component such as L-arginine. However, there are one or two scientific studies that do appear to indicate that these dietary supplements do have some proven efficacy (7).

There are indications that nitric oxide may indeed promote muscle building and boost athletic performance, but more scientific research is required.

As with any nutritional sports supplement, there are a five questions one should ask before purchasing the product (8):

1. Have studies been conducted to test the product's efficacy and if so, who conducted the studies and were the results published in a peer-reviewed scientific journal?

2. If studies were conducted, were they performed on a population like you (the potential user)? Tests conducted on old/ill individuals may not produce the same results for young, healthy individuals.

3. How was the dosage administered in the clinical studies – orally or intravenously and is the recommended route of administration the same?

4. What are the realistic results that an average user can expect to see after using the supplement?

5. What are the possible side effects or drug interactions associated with the use of this product and/or could this product put the athlete at risk for testing positive for a banned substance?