4 Healthy Foods That Have Been Falsely Labeled As Dangerous

Over the past few decades, researchers and the media have demonized fat. This has not always been based on scientific evidence and has been totally disproved.

But because people have been told that fat is the enemy for so long, they still avoid foods that are actually very healthy, simply because they contain high amounts of saturated fats.

Below are four healthy and nutritious foods that are not always considered as healthy.

The thought that meat consumption is dangerous could not be further from the truth. Humans have been eating meat for at least two million years. If you ignore anti-fat and vegan misinformation, you'll see that meat is an excellent, whole food that contains tons of essential nutrients.

The issue is that the majority of meat today has been altered. Instead of animals being kept in a natural environment and fed natural foods, they are locked up and filled with unnatural hormones. If you want to eat healthy meat, choose meat that comes from naturally raised animals.

Meat contains high amounts of protein as well as tons of nutrients that aren't available in plants. A 2010 study found that in over 1.2 million participants, eating unprocessed red meat had no link whatsoever to diabetes or heart disease. 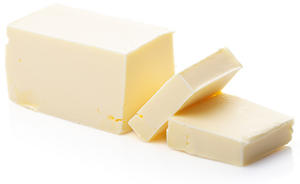 Just like it did with meat, the media has tried to pin the blame for all kinds of diseases on butter. In reality, butter is actually very healthy. Just make sure you choose butter that comes from cows that are grass-fed since this has a big influence on the nutritional elements.

Dairy products from grass-fed cows contain high amounts of vitamin K2, something that is essential to heart and bone health. They also contain short-chain fatty acid butyrate, which has been shown to have a protective impact on the digestive system.

Additionally, butter is rich in conjugated linoleic acid, which has been found to decrease body fat and boost lean mass.

No matter what type of lies the media continues to spew, they've never been able to prove that full-fat dairy impacts the body in a harmful way

A review that looked at sixteen studies found that butter consumption was not linked to metabolic diseases, but that it was associated with a decreased risk of obesity.

Eggs continue to be demonized because of the yolk's high cholesterol content. Truthfully, they are one of the most nutrient-rich foods available.

Studies have proven that dietary cholesterol does not increase the blood's bad cholesterol, but instead raises HDL. A review of seventeen studies found absolutely no link between eggs and heart disease or stroke.

Don't avoid eating the yolk because of this high cholesterol nonsense. The yolk is the healthiest part of the egg.

A whole egg has five grams of fat and six grams of protein. It includes iron, selenium and many other minerals along with tons of vitamins. It has all of this with only 77 calories.

Additionally, eggs have choline, a brain nutrient of which that the vast majority of Americans do not get enough.

Eating 1.3 egg yolks every day raises levels of the eye-protecting mineral lutein by up to 50% and zeaxanthin by up to 142%.

Omega-3 enriched eggs are one of the healthiest foods out there. 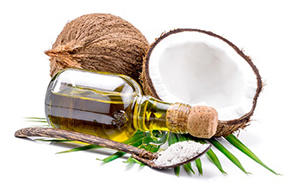 Coconut oil is roughly 90% saturated fat and is mainly made up of MCTs. These fats are sent directly to the liver, where they're turned into ketone bodies or used as energy. Therefore, coconut oil can be viewed as a relatively "quick" source of energy.

Around 50% of coconut oil's fatty acids are made up of lauric acid. Lauric acid is a proficient killer of bacteria, fungi, and viruses.

Coconut oil may also be very heart-healthy. A study was conducted with women who were overweight. The results showed that when they consumed coconut oil, their HDL was increased and their LDL was reduced. Studies done on rats showed that coconut oil lowered total cholesterol and LDL while increasing the good cholesterol.

Coconut oil can also assist in weight loss. The way that MCTs are metabolized leads to a higher outflow of energy. And trading longer chain fats for the MCTs found in coconut oil may lead to more satisfaction, helping reduce the amount of food you eat.

Since it has a high amount of saturated fat, coconut oil is a wonderful choice of oil to cook with. But be sure to consume only virgin coconut oil. Do not eat refined or processed coconut oil.

Fighting The Bulge - The Personalized Way!

When it comes to losing weight, there is an endless supply of advice and ideas from detoxing to juicing to lessening carb intake....the advice truly is endless. Listen to your body and do what is right for you.