Can Pasta Help You Lose Weight?

The idea of the perfect diet is becoming more and more complex as researchers begin to discover more and more about nutrients and how they are processed in the body. There are a range of diets that are designed for the specific purpose of weight loss, and these diets can have remarkably different compositions. There is evidence that low fat diets help people to lose weight (1). There is also evidence that low carbohydrate, high fat diets result in weight loss (2). Due to this roaring debate, pasta has received somewhat of a poor reputation. Many researchers, dietitians and doctors consider pasta to be completely unhealthy, although this is not necessarily true.

Pasta has been a part of people's diets for as long as 2000 years. Different pastas have their origins all around the world from North Africa to the Middle East and, of course, throughout Europe. It became a popular staple because it could be dried and stored for a long time.

European pasta spread during the European exploration and colonization of most of the world. Today there is a vast variety of pastas and even more ways to prepare them. Considering that it is such an integral part of most people's diets, it has been well-documented in research as to how valuable it is in human nutrition (3).

Due to the debate about whether carbohydrates are a vital part of the human diet or not, pastas have come under fire. Pasta has a rich history and is a large part of many people's diets. For this reason there has been significant amounts of research about its role in a healthy diet.

A group of researchers in Toronto very recently conducted a meta analysis study. This essentially looks at a group of other studies to get to a more conclusive finding considering all or most of the evidence that is available. The study looked at 32 trial comparisons that compared a diet which included pasta on average 3 times a week versus a diet that included other carbohydrate alternatives. 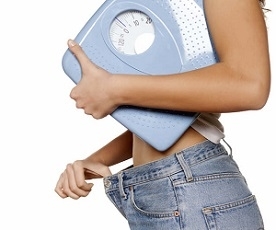 They found that in the vast majority of the studies, the average body weight of all of the subjects decreased. They found that consuming pasta also reduced body mass index and other indicators such as body fat and waist circumference. These researchers used well-established statistical methods to get to these conclusions but they did note some limitations in this study. One of the limitations they noted is that none of the diets tested pasta alone and did not specifically quantify the amount of pasta eaten (4).

A scientific study that looked at the findings of many other scientific studies found that in the vast majority of cases, eating pasta 3 times a week as compared to other carbohydrates sources helped the participants to lose a noticeable amount of weight. These findings have their limitations, but it sets the stage for further research which can address these limitations.

The glycemic index is a measure of how quickly carbohydrates are broken down and absorbed to increase blood glucose. Pasta is a low GI food, so it releases glucose more slowly than other carbohydrates.

Essentially what the study found is that consuming lower glycemic foods such as pasta is one of the methods of weight loss through diet. This is because when glucose is released slowly into the bloodstream it does not cause a massive spike in insulin levels. Insulin is the hormone that is released from your pancreas when blood glucose levels are high, and its job is to cause the body to take up the glucose from the blood. The extra glucose is stored in part as a complex molecule called glycogen in the liver and muscles but with the major portion it stores as fat in the adipocytes. (7). 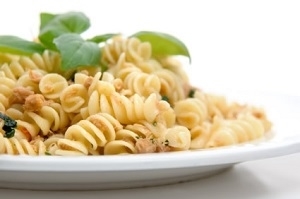 The problem with the glucose spike is that the food absorbs quickly and the person feels hungry soon afterward. This can cause a person to eat more often, causing the same insulin spike and so it spirals out of control (8). When consuming low GI foods, such as pasta, the glucose is released more slowly and does not cause such a massive release of insulin. This means that a person who eats low GI foods feels less inclined to eat more often and has more steady energy levels during the day (9).

Low GI foods release glucose slower than other carbohydrates therefore they do not cause an insulin spike in the blood. An insulin spike is the main reason for fat storage after consuming food. Consuming low GI foods can also help a person to reduce their feelings of frequent hunger, and thus can contribute to weight loss.

It's All In The Sauce

Considering that pasta may not have been the only contributor to the weight loss in the scientific studies, it is also important to note that it should be coupled with healthy foods. These include vegetables, olive oil, fish and antioxidant rich tomato sauce. Pastas with too much cheese can be unhealthy. There are a variety of healthy pasta recipes available on the internet, and including these as meals in a balanced diet can help you to lose weight.