How Do Omega 3 Fatty Acids Aid Brain And Heart Health?

Once people are aware however, it may still be difficult for them to obtain the correct amount of omega-3 fatty acids from their diet. For this reason, there are also omega-3 supplements available, which make meeting the requirements a bit cheaper and easier (3). There are vegetarian and vegan options available for those who don't wish to consume any fish products at all. 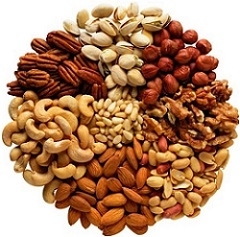 Western diets are very high in omega-6 fatty acids - which are present in poultry, eggs, vegetable oils, nuts and seeds (5). This is not to say that a person should avoid these foods, but rather that they should make sure that they are not excessively overeating them.

Why Are Omega-3 Fatty Acids So Important?

Omega-3 fatty acids perform a variety of roles in the body. One of the most important roles that they have been implicated in is controlling the fluidity of the cell membrane. This is an incredibly important function because it controls which compounds, such as chemical messengers, go in and out of the cell (6).

Omega-3 acids and their byproducts are an important part of a cell membrane. They help cells to communicate with one another. Omega-3 acids also mitigate signals of chronic inflammation and so they reduce the risk of developing the associated conditions. 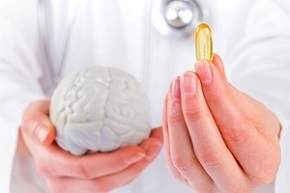 Apart from the functions mentioned above, omega-3 acids have specific roles in brain development and protection. They are also converted into chemical messengers by nerve cells in the brain in order to activate certain receptors on other nerve cells. This allows nerve cells to form connections which is how memories are created. Some of these signals are even able to stimulate the regeneration of brain tissue albeit on a small scale.

Omega-3 fatty acids can both act as a chemical signal, or enhance the action of other chemical signals, which helps the brain cells to form more connections with one another. This improves brain plasticity - memory formation and knowledge storage.

Heart cells able to contract because when they receive the relevant electrical signal, channels in their membranes open to allow calcium ions in. Calcium ions are a vital component for the interactions between the proteins that pull together to cause a heart contraction. In individuals who have arrhythmia, this process is disrupted. By restructuring the heart cell membranes to improve their calcium intake, omega-3 fatty acids help to reverse the contributing factors to certain arrhythmias.

As mentioned earlier, by inhibiting the formation of clotting factors, omega-3 fatty acids also reduce the risk of thrombus (clot) formation. They also reduce the number of sticky proteins on the inside of vessels, which otherwise cause blood cells to stick to them and form a thrombus. Thrombus formation is a major risk for a heart attack because that thrombus can block vessels in the heart which starves it of oxygen. Therefore, there it is recommended to increase your Omega-3 in order to help reduce the risk of coronary heart disease (9).

Omega-3 fatty acids help to stabilize the rhythm of the heart by correcting the flow of calcium into the heart cells. They can also reduce the chance of forming a clot by reducing the levels of the substances which are responsible for clot formation.