The Worst Lies That Traditional Nutritionists Tell you

There is tons of bad information out there when it comes to what you should and shouldn't eat.

This article gets through the worst but there are a lot more myths out there.

What follows is a round up of the most dangerous whoppers.

Eggs were once considered to be the worst possible food you could eat, especially if you were trying to lose weight.

At one stage, you were considered to be taking your life into your own hands if you ate eggs.

The latest research has actual shown that eating foods with a high cholesterol content will not much effect on the levels in your blood. Furthermore, the cholesterol in eggs is mostly good and can help to protect against cardiovascular problems.

Eggs are actually truly nature's superfood and should be eaten by everyone.

To really put the nail in the coffin of this myth, one study proved that those that did eat eggs instead of bagels for breakfast ended up being a lot healthier.

This one started about the same time as the one about the eggs and deserves to be ignored just as much. At the time, fat of all kinds was the demon.

In hundreds of thousands of research subjects, the findings were resoundingly that there was no correlation between a diet that included a lot of saturated fat and an increased risk of cardiovascular disease.

Saturated fat is actually good for you - it contains a number of vital nutrients, increases the good cholesterol in the blood stream and helps to convert the bad cholesterol into a harmless form. 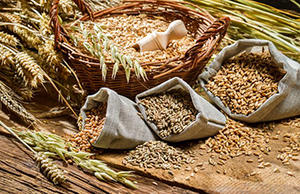 I have never really understood this one. Considering that grains have really only been a part of our diets for what is really a very short period of time, we have not had time to evolve methods to deal with them effectively.

Grains are typically not all that nutritious either, especially compared to veggies and fruit. They also contain a compound that can interfere with the absorption of nutrients in the digestive system.

For most of us, wheat is the grain of choice. It has a very harmful effect on our systems tough.

The wheat that we eat today has a lot of gluten in it. This is a problem because more and more people are being diagnosed as gluten intolerant.

Gluten can cause problems with lining of the intestine, bloating, aches and pain, fatigue and a host of other issues. Some very serious mental issues like schizophrenia have also been linked to gluten.

Too Much Protein Is Dangerous

It was with the advent of the ketogenic diets that this health concern came up. According to common wisdom, a diet with too much protein will cause the calcium to leech out of the bones and place undue pressure on the kidneys.

Both are true, but only in the short-term. Over the long terms, however, the health of the bones actually increases and the bones are less fragile.

No studies have backed up the hypothesis about this kind of diet leading to kidney failure in people who are healthy either.

The fact is that high blood pressure and diabetes are more like to cause renal failure and a high protein diet can combat both problems.

Ditch The Fat For Good Health

This one has a lot to answer for. Food that has had the fat removed is tasteless.

As a result, the manufacturers of low fat products then need to throw in a bunch of different things in order to make this taste nice.

Sweetening up the product is generally the first step - whether using sugar or an artificial sweetener.

Neither one is actually any good. In fact, artificial sweeteners may actually be even worse than sugar.

What is happening is that they are pulling the nutritious fats out of the meal and replacing them with toxins.

This is one that just won't die.

It does also seem to make sense but the truth is that it is the calorie count overall that affects your metabolism, not just one meal.

It is not just inconvenient, it could also prove harmful.

Nature never intended us to eat all day, or even as often as we do now. We went through periods of famine and feast. Now it is just feast all the time.

The danger is that we never give the cells a rest and chance to spring clean because we are always shoveling in more food. If we fast for a bit, the cells start to mop up and excrete toxins.

Simply by eating four meals daily instead of two, you might be increasing you chance of contracting colon cancer (one of the most lethal cancers) by around about 90%, according to research.

Get Your Calories From Carbohydrates

The common view is that the diet should be low in fat, with most of the calories coming from carbs.

The truth is that this diet is not at all nutritious as you are eating primarily starches and grains and do not have the saturated fat you need.

There are some people that this is going to suit perfectly - usually those who tend to be slim naturally and who are very active.

For the people who tend to be overweight, however, it is like stoking the flames of a fire. Such a high carb intake is simply dangerous and will create the perfect conditions for developing chronic diseases .

A lot of research has gone into this and the results come out in favor of the low-carb diet just about every time.

We know that we need essential fatty acids for good health. We know they are good for heart health and for reducing inflammation.

That is why that Canola oil is considered heart friendly.

The truth is though that veg and seed oils do contain fatty acids but they do not contain the right sort of fatty acids. We need a lot less Omega-6s (found in these oils) than we do Omega-3s.

The two actually are polar opposites in terms of their effects. It is Omega-3s that are needed to reduce inflammation and to protect the cardiovascular system.

We all eat too many Omega-6s. Mother nature never intended us to get so many. In fact, these high levels are not naturally occurring at all - the oils have to be chemically altered in order to create the Omega-6s.

Do make sure that you get the right amount of Omega-3s - supplementing if necessary and cut back on the Omega-6s.

On a personal note, I think that a restricted carb diet might cure a lot of what ails western society health-wise today.

Low-fat diets have failed miserably - we are fatter now than ever before, despite these diets being advocated everywhere.

On the other hand, the "dreadful" low-carb plans have actually been proven to be a better way to improve health and lose weight.

They have been proven to:

Get blood sugar in line and help ease the symptoms of diabetes.

Raise the levels of good cholesterol.

These diets are also a lot easier to follow as the satiety quotient is high. 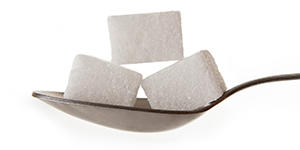 Sugar provides no nutrients that we need and does have a lot of calories but that really is only a very small part of why it is so bad for us.

The truth is that it is the fructose in it that causes havoc with the metabolism and can predispose us for gaining weight and developing metabolic disorders.

Fructose is first processed in the liver and then converted to fat. This fat makes its way in the blood and we get dangerous levels of the bad cholesterol and triglycerides.

The spikes in the blood sugar eventually make the body less responsive to insulin and so set us up for gaining weight and developing diabetes as well.

That is really not all there is too it. Sugar is so bad for you that it should be classified as toxic.

Foods With A Lot Of Fat Are Fattening

This does seem to make sense but nothing is ever that simple.

Fat does have a lot more in terms of calorie count but science has shown that high carb diets and not high fat diets cause weight gain.

Take Away From Lies That Traditional Nutritionists Tell You

Science is dynamic and therefore keeping up with the current research is essential for your optimal health and wellbeing.

If you are serious about losing weight, try a natural supplement which you can take along with a balanced diet.

What you need to remember is that everything must be viewed in context - as long as you control the number of carbs that you eat and you stick to eating real foods and not processed ones, you will lose weight and be healthier.