Why Apple Cider Vinegar Should be on Your Shopping List

Vinegar has been an important condiment over the centuries.

A number of folk remedies advise the use of vinegar, in particular, apple cider vinegar.

There are many claimed benefits and science has proven the validity of some of these claims.

It will help you lose weight, regulate your blood sugar and help curb diabetic symptoms.

Read on for the top scientifically proven reasons why you need apple cider vinegar.

1. High Levels Of Acetic Acid Has Benefits At A Biological Level

The process of making vinegar is not unlike that of making alcohol - it involves two basic steps.

In the first stage, yeast is added to either apple cider or crushed apples. The yeast, in turn causes the sugar to ferment and alcohol is formed.

Next up bacteria is thrown in to the pot and this completes the fermentation of the alcohol - we now have acetic acid.

Vinegar is literally the French word for sour wine.

When the vinegar has not been filtered and is organic, Bragg's, for example, it also has numerous chains of enzymes, good bacteria and proteins, otherwise known as the "mother".

This is what creates that characteristic murky look.

There are those that argue that this "mother" is what gives the vinegar its health properties but no scientific evidence has been conducted on this.

The vinegar also has a very low calorie count and has some potassium in it. Whilst there are not usually a lot of minerals or vitamins, if you choose a quality product you can expect to get antioxidants and amino acids.

What it boils down to: The vinegar is derived from the process of fermentation. Apples are used as a base.

2. An Antimicrobial And Anti-Bacterial Agent, Acetic Acid Is Quite Handy

We have long known that vinegar is good for sanitizing areas. Traditionally it was used for curing things like fungal infections and as a disinfectant. Recent studies have shown this to be true.

Vinegar was used by Hippocrates over two millennia ago to disinfect wounds.

As a preservative, it has also proved invaluable. It has been shown to retard the growth of some bacteria in food and to prevent it from rotting.

Should you want to preserve foodstuffs naturally, this vinegar could do the trick.

There has also been a lot said about how the vinegar, diluted and applied to the skin helped to cure acne. Research has not confirmed this so do take care here.

What it boils down to: Acetic acid, a primary component of vinegar, can be a potent anti-bacterial agent. Vinegar is known as a traditional way to prepare food and to disinfect objects.

3. There May Be Applications In Terms Of The Regulation Of Blood Sugar 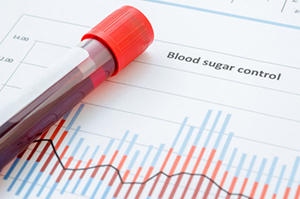 Scientifically, the best proven use for apple cider vinegar is that it assists patients suffering from Type II diabetes with the regulation of sugar in the blood stream.

Even if you do not have full-blown diabetes, if your blood sugar is raised, it is still beneficial to regulate it in order to ward off lifestyle diseases and the ravages of ageing.

Everyone is better off if they can keep their sugar levels in check. Ideally this should start with avoiding sugar and processed carbs. The vinegar can play an important supporting role as well.

The following are just a few of the benefits when it comes to the level of sugar and insulin in the blood:

If taken with a meal that is high in carbohydrates, it can boost insulin sensitivity by anything from 19-34% and it helps lower the level of glucose in the blood.

If taken in conjunction with a slice of white bread, it can lower the sugar in the blood stream by around 34%.

If taken just before going to bed - 30 ml at a time - it will help reduce the fasting sugar levels by 4%.

There have been a number of alternative studies - human and animal that demonstrate the effectiveness of vinegar at regulating the sugar response, whilst eating.

If you are at risk of developing diabetes or already have it, vinegar is an invaluable tool to regulate your sugar.

As a result, you do need to consult your doctor before starting this regimen, especially if you are on medication.

What it boils down to: This vinegar is proving to be very useful in the fight against diabetes by helping to regulate the insulin response during meals. Apple cider vinegar has shown great

4. Apple Cider Vinegar Is Said To Be Good For Weight Loss

Considering the effect on the insulin response, it is logical that it will help you to shed some extra pounds.

Studies show that it goes one step further and helps create a feeling of fullness - it aids in the cutting down of calories.

If eaten in conjunction with a meal high in carbohydrates, it helps reduce the probability of blood sugar spikes and also helps make you feel fuller for longer. In studies, people taking vinegar with meals ate, on average, about 275 less calories later on in the day.

In one study, the effect of consuming vinegar every day was tested on obese subjects. The results were encouraging. Not only was weight lost, it helped to reduce dangerous visceral fat and to decrease triglycerides:

Those taking 1 tablespoonful a day lost around about 2.6 pounds.

Those taking 2 tablespoonfuls a day lost around 3.7 pounds.

Considering that this was over a 3 month period, it might not sound like much but you do need to take into consideration that this was the only change made to their diets.

If you really want to start seeing a difference, you will need to attack it from different side.

In conclusion though, this vinegar seems to have real world benefits for those looking to lose weight and those with sugar levels that need to be regulated.

What it boils down to: Studies seem to prove that apple cider vinegar has an important role to play in weight loss by helping to increase satiety and thus helping to reduce the overall calorific intake.

5. Your Heart Could Benefit As Well

We know that strokes and heart attacks are the leading causes of death the world over.

Science has proven that there are a number of factors that can play a role - these can be measured in order to establish what your risk is.

A number of the known "risk factors" for cardiovascular disease have been proven be made better by the regular ingestion of vinegar. The studies where not on human subjects but on rats.

In these studies, triglyceride and cholesterol levels were lowered due to the vinegar.

It is also thought that this vinegar has chlorogenic acid in it, a potent antioxidant that can help to prevent the oxidization of LDL particles.

However, just because the animal trials worked out well, does not mean the human ones will as well.

A Harvard study did conclude that those women who added salad dressing that had vinegar in them had a lower chance of developing cardiovascular disease.

This, however, is only an assumption by association - not absolute proof.

What it boils down to: There have been numerous promising studies conducted on rats that show the benefits of vinegar on the cardiovascular system. Human studies need to confirm these findings though.

Cancer is one of the dread diseases of our time - your cells suddenly grow uncontrollably.

Vinegar is said to have anti-carcinogenic effects - according to the internet health gurus.

There have been studies that have concluded that vinegar is able to reduce the size of tumors and kill cancerous growth.

Unfortunately, this was not tested on real life test subjects but by using test tubes or rodents. When it comes to an actual human being, we are still in the dark here.

The vinegar used was also mostly made from rice.

It seems likely that this vinegar may be useful in preventing cancer but there is no way to be absolutely certain of that.

What it boils down to: Rice vinegar has been proven to retard the way in which cancerous cells grow and that it can reduce the size of tumors but none of this has been conducted in human trials.

How To Use it And What to Expect

The internet abounds with people singing the praises of apple cider vinegar. There are any number of claims from that it can up energy right through to that it can cure cancer. Not all of these claims are actually proven and some are even poorly researched. But, we must not disregard the theories just because there is no proof at present - who knows, perhaps science will prove it later. That said, the chances that proper scientific research will be forthcoming are very slim. From what I have seen, I do believe that there is a good chance that it could be of use and it is a good idea for someone who is willing to give it a go. It does seem that it will do no harm as long as you don't overdo it. The easiest way is to add it into the things you eat - mix with olive oil for a great salad dressing or make mayo with it. You can also just mix it with water and sip it. You should take at least a teaspoonful a day and not more than two tablespoonfuls daily.

You can also use it for other applications - it is good as a hair conditioner, for restoring the pH balance of the skin, etc. It makes a nice alternative to the chemical products that the shelves are loaded with. It would appear that it is a true health drink. As long as you take some of the claims out there with a pinch of salt, you are bound to reap some benefits through using it.

Today, there are many health supplements on the market to help with a range of ailments. It is important to look for a product that is made from natural ingredients and is proven to work. There are supplements available for hemorrhoids to hair growth, to weight loss.