The active substance in coffee is caffeine which is, perhaps, the most-ingested psychoactive ingredient on the planet today. It has also become part of a number of weight loss supplements - quite rightly so. Caffeine has become useful in the fight against fat by increasing the utilization of stored fat and revving up the metabolism. It also doe not contain many calories either, so a 'cup of joe' could be the answer that you are looking for.

Coffee is not just a nice warm beverage, however. There are several components of the coffee bean that are present in the coffee you drink. This includes a number of active ingredients that can have an effect on your metabolic rate:

Caffeine is by far the most noteworthy though and a lot of studies have been conducted regarding its effects. In your brain caffeine blocks Adenosine, a neurotransmitter. The result is an increase in the number of neurotransmitters like Norepinephrine and Dopamine.

Can Coffee Burn Fat From Your Cells

By stimulating the nervous system, caffeine is directly causing the uptick of fat-burning within the cells. It increases the amount of Adrenaline in the bloodstream which then signals the fat tissues to break down and enter the bloodstream where they can be used as free fatty acids.

Does Coffee Rev Up Your Metabolism?

Recent studies have found that it is possible to rev up your metabolism by as much as 11% just by drinking coffee. Higher doses of caffeine were shown to have a larger effect. It was also shown that this increase is due to the higher levels of fat being burned. This process is, however, not as effective in people who are already obese. With those that were slim, the increase was up to 29%. Still, obese individuals did see an increase of around 10% which is not too bad. It was also found that the effect wanes as you age.

Studies also show that athletes can benefit from drinking caffeine - performance could improve by some 12%. 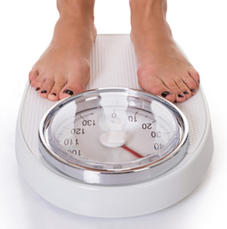 What should be noted, however, is that your body does get used to the effect and, after a while, it will be far less pronounced. Over a short period, however, it will boost your metabolism. Once tolerance is established though, this benefit ceases.

That said, coffee could still be useful as an appetite suppressant. One study showed that caffeine was useful in muzzling appetite for men but not when so for women. A different study failed to come to the same conclusion.

The benefits may be dependant on you as an individual. There is nothing at this stage that points to its effectiveness as a long-term weight loss solution.

What We Have Learned About Coffee And Weight Loss 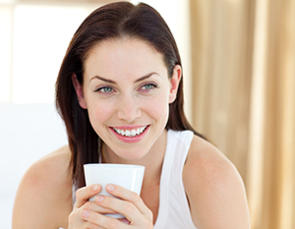 Despite the fact that caffeine does show some interesting short-term benefits in terms of your metabolic rate, this effect is not maintained over the long term.

If your main reason for drinking coffee is to maximize the loss of fat, you should consider using it periodically rather than all the time - perhaps drink it for two weeks and then abstain for the next two weeks. Or you should consider taking a green coffee bean supplement which has higher levels of chlorogenic acid due to the coffee beans being unroasted.

That said, fat loss is really a minor part of why you should drink coffee - it is also a wonderful source of antioxidants and may be the best source for many people following a typical western diet. Remember hot coffee is a health hazard when young children are around so beware. Hot coffee can cause nasty burns and lead to scarring. So drink safely.