Is Vegetarian Really the Way to Go?

I know a lot of vegetarians and they are great people. Where we part ways in terms of life philosophy is when it comes to the benefits of a vegetarian diet. I am the first to admit that there is not just one ideal eating plan that is going to tick all the boxes for everybody. I do, however, like to examine the scientific evidence.

Restricting Carbs is Bad for You

One of the biggest arguments made by vegetarians is that a restricted carb diet is bad for your health long term. This has never been proven true - in fact, the scientific evidence points in the opposite direction. Science tells us that it is the vegetarian diet that is the dangerous one.

Vegetarian Diets Tend to be Low-Fat 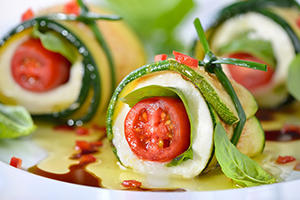 One study, followed using the strictest scientific principles, set out to compare the Atkins Diet (Restricted Carbs) to the Ornish Diet (Restricted Fats). This was testing conducted in a rigorously controlled environment and so the results are conclusive. Four diets were compared - Ornish, Atkins, LEARN and Zone. I will concentrate on the first two.

I am pretty sure that you will be familiar with Atkins and its restricted carbs. Fat loading is encouraged and meat and vegetables form a large part of the diet. The Ornish eating plan, on the other hand, severely restricts your carb intake. There are practically no foods derived from animals, aside for a little fat-free dairy and the occasional egg white.

The participants were women who were either obese or overweight. Each was given one or the other of the books on these diets and was counseled on following the diet they had been assigned.

A group of 77 women followed the Atkins eating plan and 76 followed the Ornish eating plan. The study was conducted over the period of a year. This is a pretty good representation of what happens in real life - most people will choose a diet and try as best as possible to stick to it.

It is not simple to keep to any diet. When the study came to a close, the average carb intake of the Atkins group tended to be around 30% while the Ornish participants were ingesting about 30% fat.

How Much Weight was Lost?

Those following Atkins lost on average about 10.4 pounds as opposed to the Ornish group who lost about 5.7 pounds on average. (It should, however, be noted that this is not considered a significant difference over the course of a year-long study.)

It is in the markers in terms of health that the differences really emerge:

Insulin and glucose levels also fared better with the Atkins group but this was not found to be a statistically significant difference. LDL did show some signs of improvement after 2 months but the difference waned as time went on and was not considered significant statistically in the end.

The number of participants dropped out was 12% in the Atkins group but 22% in the Ornish group.

The benefits in terms of Atkins seem to be extremely significant. The same cannot be said for the other diet. Of the four, Atkins came out tops and the Ornish plan came out worst. This proves that a restricted carb diet is much better than a vegan one, especially when it comes to women with a fair amount of weight to lose.

The results of this study have not made any impression on Dr. Ornish who still claims that his diet is best.

This was observational research that purports to support the premise that animal products are indeed harmful for us. To start with, the scientist conducting the research set out to prove his theory, not to test the validity of it. Compared to a properly controlled trial study, an observational one is not particularly persuasive.

This study has since been scrutinized by more objective researchers and the conclusion was that the data did not support the conclusions drawn.

Is it Good for You? 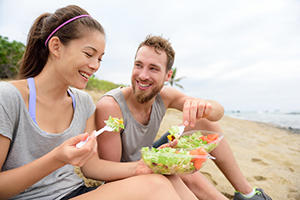 There are people out there who want to give up animal products because of ethical concerns. This is laudable but not necessarily healthy. What you can do is to try to ensure that your meat comes from ethical farmers who treat their animals thoughtfully.

Cutting out added sugars, trans fats, etc., which is common in vegan diets, is bound to make you healthier, at least initially. That said, we do need to include animal products if we want to perform at optimal levels. We were designed to eat meat and plants, after all.

Vegans Tend to Be Nutrient Deficient

If you want to follow a vegan diet, it is your decision. You do, however, need to ensure that you do get all the basic nutrients to stay healthy. Supplementation will probably be necessary. Also do your research properly - many vegans have found ways to overcome the potential nutrient deficiencies. If you are looking to lose weight from a vegan diet, there are also other ways to do that. There are supplements on the market that are designed to help you lose weight by increasing the burning of fat and suppressing appetite. If you are concerned about buying supplements from an unknown source, this you should seriously consider doing your research should help you understand the trustworthiness of this manufacturer.

When it comes down to it, you are the one who knows what is best for you. Some people do better on a high protein and fat diet. Others may prefer the vegan lifestyle. Do what works for you.

After obtaining her Ph.D. in clinical psychology, Adele joined a thriving practice based in downtown New York, where she has been part of for over 12 years. Her vast experience and unique approach has allowed her to help pave new ways forward in better understanding the human mind. Adele often lectures at various conferences and is a regular contributor to many online journals, blogs and news sites on the topics of self-esteem, brain training, and anxiety disorders.

In her spare time, Adele volunteers at a local women's shelter to advocate for their mental and spiritual wellbeing. She practices yoga twice a week and strongly believes in meditation. The balance of expanding your mind, as well as, utilizing your muscles is one she believes in passionately.